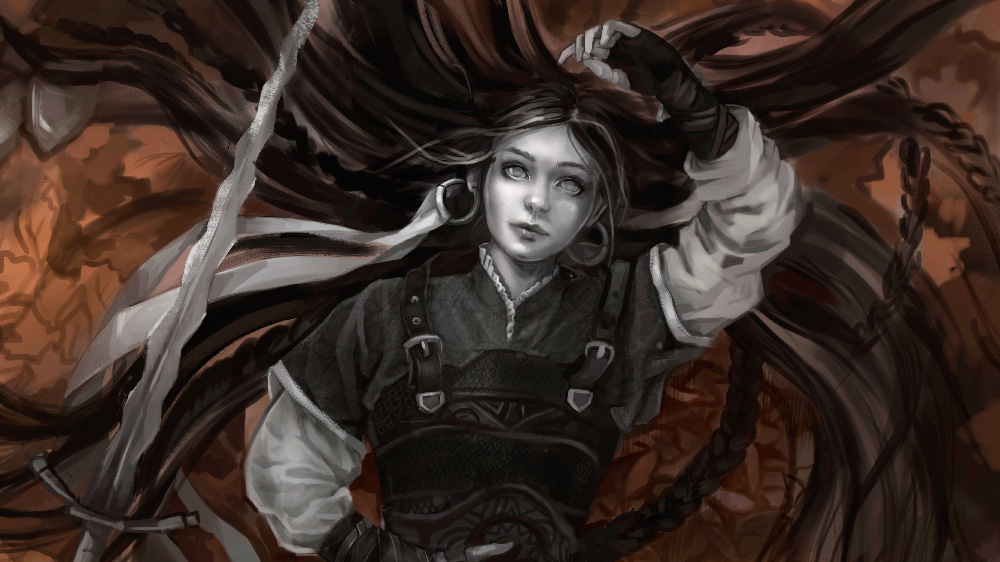 Also known as “the Elves of the Other” the arnitikos are a rare humanoid species that live in Omeria. Typically, Arnitikos are outsiders and wanderers who have no community to call their own. However, they are highly sought out for their martial skills as well as their ability to go unnoticed by undead creatures.

Arnitikos were brought into existence during the Hand of the Four when a door to the Other opened in Ayas Olyothyr and consumed the elven city of Ise Serin. Most of Serin’s populace was killed during the event, but a small portion— known as the Pale Few—survived. These were the first arnitikos. The Pale Few resembled their former selves, except they lacked color in their skin and clothing, and their features were reversed, like a mirror image.

In addition to their undead invisibility and color draining features, Arnitikos do not require food or water to survive. Unlike elves, however, they do require sleep and must do so in total darkness. Without total darkness, they cannot gain the full benefits of a long rest.

Other Resilience. The arnitiko has advantage on saving throws made against necromancy spells and is immune to spells that use color or prisms (such as color spray or prismatic wall).

Color Drain. Whenever the arnitiko touches a creature or object with its exposed flesh, the color momentarily drains from the target, leaving only blacks, whites, and shades of gray until the arnitiko stops touching the target. The effect is harmless.