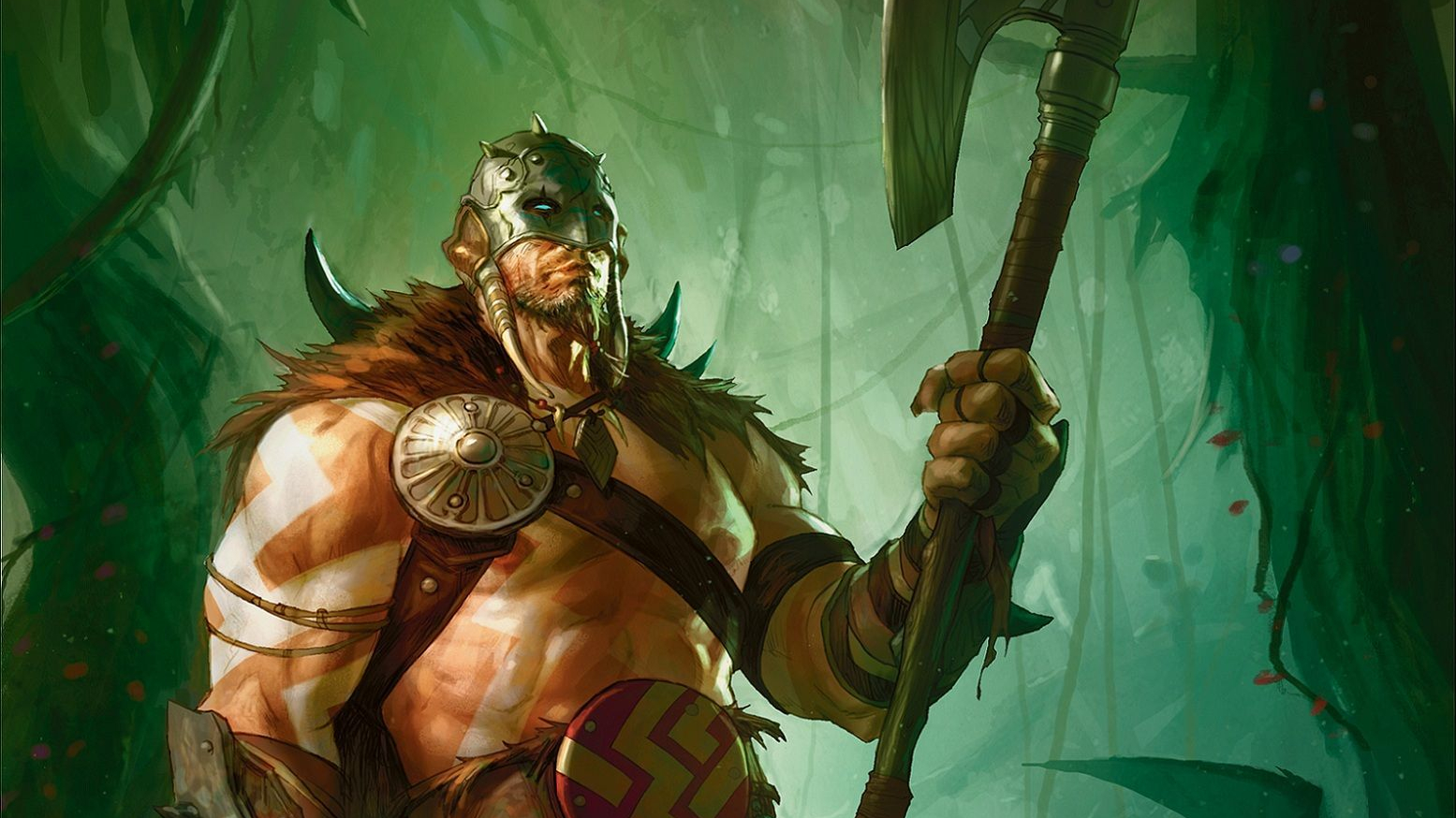 This entry is the first part of the Dungeon.Dude Promotional Campaign on Instagram. Together, the Instagram D&D Community helped Dungeon.Dude, a hard-working artist, get over 2,100 followers! Outstanding job, folks!

This barbarian primal path is designed to be a 1v1 duelist versus casters. Its job is to get to a caster as soon as it’s able and take it out as fast as it can. What will it need in order to do that?

I worked to balance it against preexisting barbarian primal paths, particularly bear totems and zealots. The original version of the 6th level feature had unlimited use, but I restricted it to 1/rage only. Because it’s so niche, I also left the 14th level feature wide open for unlimited use (plus it requires the barb to be within 5 feet for it work).

At 3rd level, a barbarian gains the Primal Path feature. The following option is available to a barbarian, in addition to those normally offered.

Path of the Void

Especially superstitious barbarians not only distrust magic users but outright despise them and may even hunt them on occasion. These void barbarians, as they are known, see warlocks, wizards, and sorcerers as dangers that need to be dealt with quickly. Calling upon the forces of anti-magic in the universe, void barbarians charge directly for the casters in nearly every encounter. After all, the faster the spellcaster is dead, the better all will be.

Beginning at 3rd level when you choose this path, you can sense magic within 15 feet of you at will so long as you can see or touch the source of magic. This trait otherwise works like the detect magic spell but isn’t itself magical.

At 3rd level, you are better at avoiding magical attacks and effects. While you are raging, you have advantage on all saving throws against spells.

Starting at 6th level, you can use your reaction to deflect or reflect a spell with a melee weapon when you are hit by a magic missile spell, a line spell, or a spell that requires a ranged spell attack while you are raging. When you do so, the damage you take from the attack is reduced by the weapon’s damage roll used to deflect the spell + your Barbarian level (for example, if you are an 8th-level barbarian and you deflect a spell attack with a greatsword, you reduce the spell’s damage by 2d6 + 8). If you reduce the damage to 0, the spell is reflected back at the caster as though it originated from you, turning the caster into the target. If you are the target of a spell that creates more than one projectile such as a magic missile or eldritch blast you may only deflect one part of the spell (a single beam, bolt, etc) of the spell. You can use this feature only once per rage.

At 10th level, you can draw upon the power of the void to protect your allies from spells. You do not have to be raging to use this feature. As a reaction, you expand your natural spell resistance.  Creatures of your choice within 10 feet of you gain advantage on all saving throws against spells until the start of your next turn. At 18th level, the range increases to 15 feet.

Starting at 14th level, you have learned to recognize when a spellcaster is about to cast a spell and stop it before it happens. When you see a creature within 5 feet of you casting a spell, you can use your reaction to make a melee weapon attack against that creature. If the attack hits and the creature was casting a spell of 3rd level or lower, its spell fails and has no effect. If it is casting a spell of 4th level or higher, the caster must make a Constitution saving throw with a DC of 10 or half the damage it takes, whichever number is higher. On a failed save, the spell fails and has no effect.

Next: Bard College of Death.