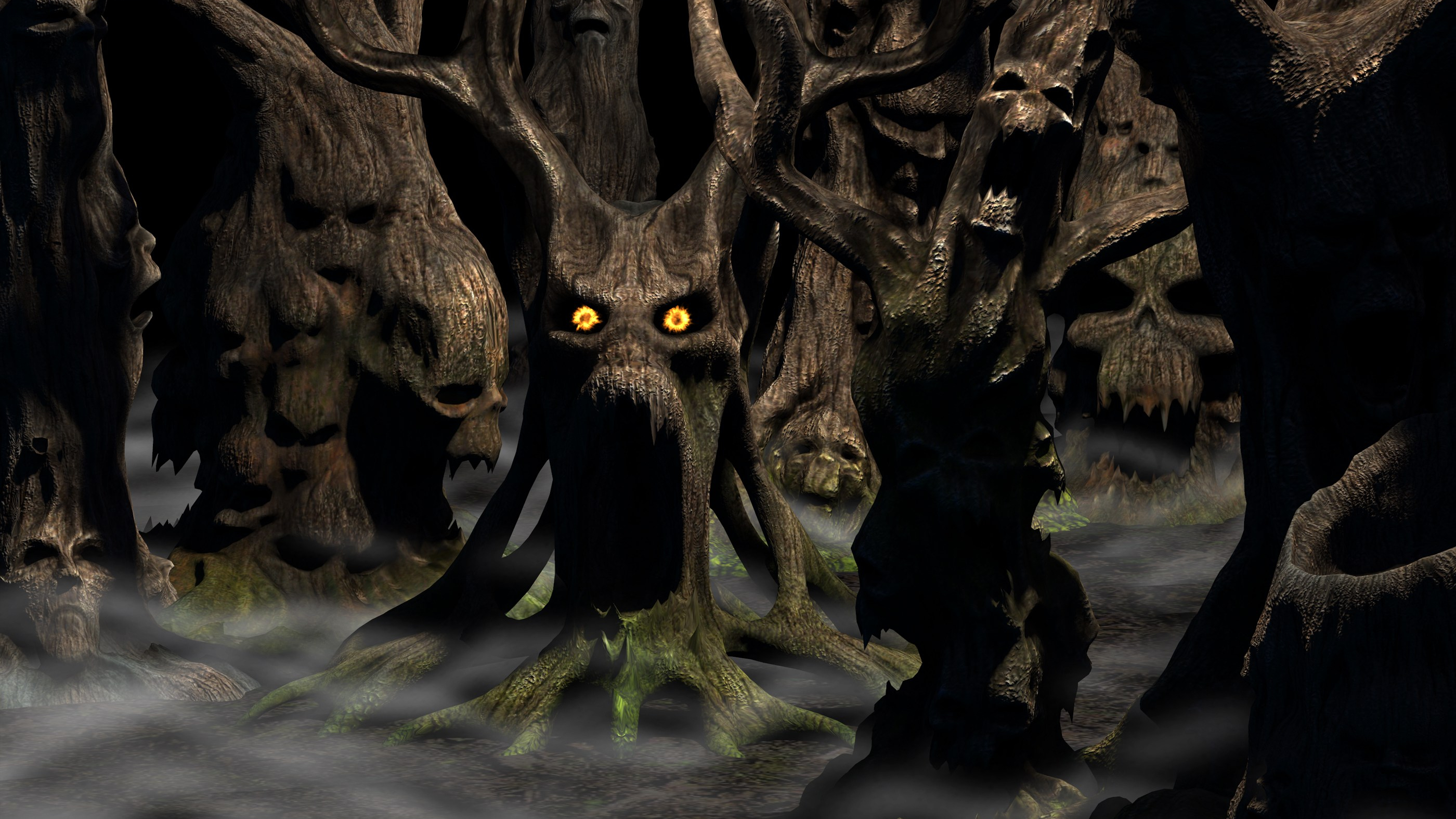 Infesting the thick, black forests of the Xenem Dynasty and parts of Aegreya, the bloodroot trees are vampiric plants that act as a natural defense to the vampire citadels which they surround. The first trees were created by Xenem Shi’s daughter, Ming and planted in his garden. Although thankful for the gift, Xenem saw them as a perversion of necromancy, what he considers a “delicate and beautiful” art. Thus, the trees were relegated to the grounds beyond Baolei.

Adventurers sometimes travel to Xenem Dynasty seeking the fruit of these trees. The fruit is believed to grant a consumer regenerative powers.Undead Nature. The tree does not require air, food, water, sleep, or sunlight.

False Appearance. While the tree remains motionless, it is indistinguishable from a normal tree.

Grasping Roots. The tree can have up to six roots at a time. Each root can be attacked (AC 15; 5 hit points; immunity to poison and psychic damage). Destroying a root deals no damage to the tree, which can extrude a replacement root on its next turn. A root can also be broken if a creature takes an action and succeeds on a DC 16 Strength check against it.

Regeneration. The bloodroot tree regains 20 hit points at the start of its turn if it has at least 1 hit point remaining. If the tree takes radiant damage or damage from holy water, this trait doesn’t function at the start of the tree’s next turn.

Root. Melee Weapon Attack: +10 to hit, reach 50 ft., one creature. Hit: The target is grappled (escape DC 18). Until the grapple ends, the target is restrained and has disadvantage on Constitution checks and Constitution saving throws, and the tree can’t use the same root on another target.

Blood Drain. Melee Weapon Attack: +10 to hit, reach 5 ft., one creature that is grappled by the tree, incapacitated, or restrained. Hit: 9 (1d6 + 6) piercing damage plus 7 (2d6) necrotic damage. The target’s hit points maximum is reduced by an amount equal to the necrotic damage taken and the tree regains hit points equal to that amount. The reduction lasts until the target finishes a long rest. The target dies if this effect reduces its hit point maximum to 0.

Get the PDFs, now