Boss Monsters – How to Create One in 10 Minutes or Less 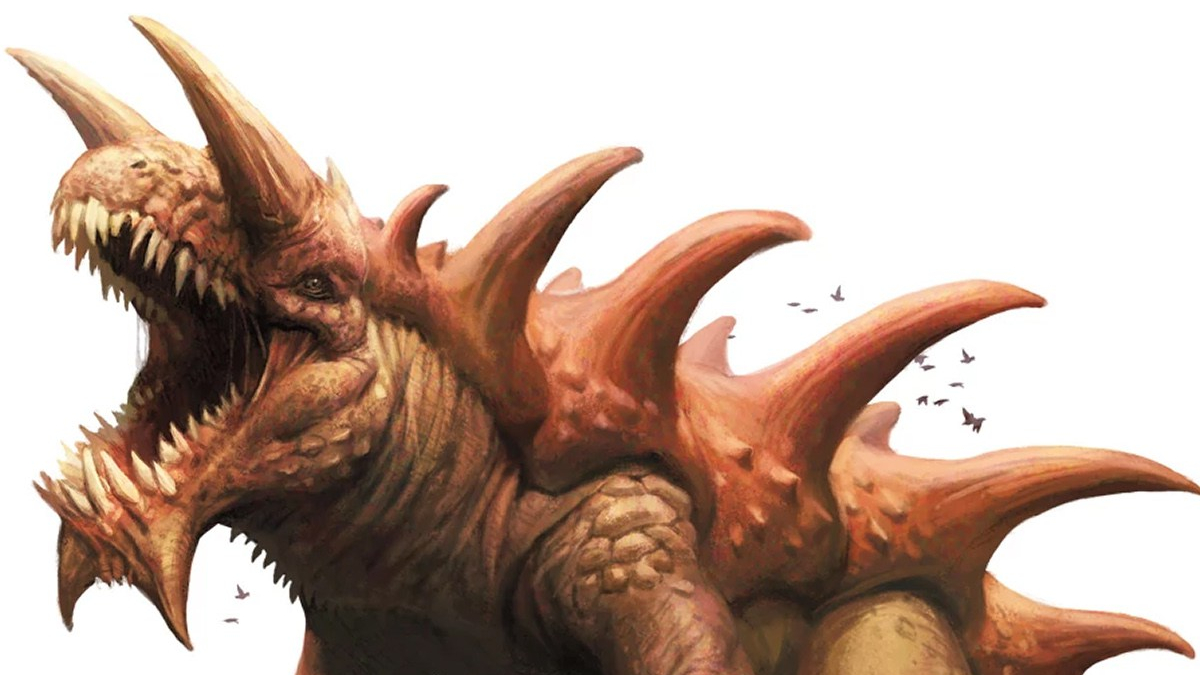 Are your players about to go toe-to-toe with a big boss monster, but you lack stats for it? No worries! This article shows you how to create an on-the-fly boss monster in just 10 minutes or less. That way, you ensure the players have the fight of their lives without realizing that you’re sneaky AF.

Before I deliver on this on-the-fly boss monster, I want to explain a little bit about the game’s core mechanics. Boss monster stat blocks usually look intimidating. But that’s only because they’re chock full of special features, immunities, legendary actions, and other unique powers. However, if you cut through all the mechanical language, only four values remain: Armor Class, hit points, attack bonus, and damage per round (DPR). Every power, feature, and attack the monsters in Fifth Edition have some way or another relate to these values. And everything else is just sprinkles.

If you aren’t sure what I mean, check out Chapter 9 of the Dungeon Master’s Guide, specifically the “Creating a Monster” section. Notice that these four values are all that guide challenge ratings for monsters (Save DC is just a backward way of writing attack bonus, FYI) on the Monster Statistics by Challenge Rating table on page 274. Then, on page 280, that huge table takes all of the monster traits and demonstrates the effect a given trait has on Challenge Rating. For example, check out Legendary Resistance. Each per day use of this trait increases the monster’s effective hit points based on the expected challenge rating. It’s 10 hp, for CR 1-4, 20 hp, 5-10, and 30 hit points for 11 or higher.

You need to understand one more thing. If you use these rules, you have to keep the stats a secret. And it’s not that I don’t want other people learning this stuff. If your players discover you threw together something cheap, they might feel let down. After all, they want the boss to be something big and awesome. Not just a collection of hit points and damage.

… even if that’s really what a monster ultimately is.

How to Make a Boss Monster in 10 Minute or Less

Without any further ado, here is how to make a boss monster in 10 minutes or less.

This part is pretty simple. Pick a size for the monster (usually Medium, Large, Huge, or Gargantuan). Then get its type. A monster’s type usually doesn’t matter that much at higher levels, so pick anything you feel fits thematically.

Using the Monster Statistics by Challenge Rating table on page 274 of the Dungeon Master’s Guide, write down the AC and hp (pick the highest value) for the CR you chose.

For example, a CR 20 monster has AC 19 and 400 hit points. Hit Dice don’t normally matter for a boss monster (since it’ll be dead before it rests) but assume it has 1 hit die for every 10 hit points it has.

Just like you did with AC and hp, use the same table to pick the monster’s attack bonus, damage/round, and save DC.

After you know its damage per round, pick a number of attacks for your monster. Assuming that it’s a legendary creature, your monster should have three legendary attacks—attacks it can use outside of its own turn—and at least one regular attack. As a rule of thumb, 3 legendary attacks and 3 normal attacks are pretty good for boss monsters.

Take the number of attacks the monster makes in a round and divide it into its damage per round. This is the amount of damage the monster deals per attack.

For example, our CR 20 monster deals 140 damage per round. If we divide six attacks into that, we come up with 23 damage per attack.

Want to roll dice for damage?

The above rule assumes you will deal average damage on your attacks. But if you want to roll dice for the damage, use this quick math hack. First, subtract 5 the damage per attack. This is the attacks’ modifier. Then, divide that number by 5 (round up). This is the number of dice.

Step 6 – Come up with 3 Special Attacks

Next, your monster needs a few special attacks. A monster’s special attack is usually once that it can use only once per turn that burns its full action or all of its legendary actions.

As a rule of thumb, your monster should have these three types of special attacks:

For example, if we gave our CR 20 monster a “breath of cold” that worked similar to the cone of cold spell, the breath deals 70 cold damage on a failed saving throw (using our earlier math, that’s 13d8 + 5 cold damage).

If you want your monster to be a spellcaster, still choose three special attacks for it as normal. Then, choose a spell list from which it can cast spells. Instead of picking its spells, it can cast any spell of 5th-level or lower on that list.

Step 7 – Give the Boss Monster One or More Exploitable Weaknesses

The last thing you need to do is to give the monster an exploitable weakness. Choose either a damage type or one of its saving throws. If its weakness is a damage type, it takes double damage from that damage type. And if it has a weak saving throw, it always fails that saving throw.

How to Run the Boss Monster

Now that you understand the basics, it’s time to run the monster. This is a simple cheat sheet for running the monster.

The monster will move and use its full array of attacks or use one of its special abilities. Smarter creatures try to use defensive powers and create obstacles first, whereas “dumber” creatures tend to attack attack attack!

If the monster takes damage, it always takes the full amount (unless it takes double from a weakness). Remember back to earlier in the article where I said all special features just affect a monster’s effective stats? The same. goes for damage immunities and resistances. Monsters who have those powers generally have fewer hit points. But because we gave our monster maximum hit points, there’s no need to incorporate those things.

The monster gets a bonus to its saving throw equal to half its own Save DC (rounded down). As an optional rule, if the monster loses a saving throw, it can ignore the damage or effect and instead take 30 damage. Once it does this three times, it can’t do it again.

Finally, if you want your monster to appear smart, have it always run away on the third round of combat. In theory, it should have enough hit points to last through 2-3 rounds of punishment. The monster can fly away (if you gave it flight as one of its special abilities) or it can teleport/dimension door (if it’s a spellcaster).

Tell Me What You Think

So that’s the basics on how to create a boss monster in 10 minutes or less. Yep, it’s quick and dirty, but if you play it tactfully and keep your numbers close to your chest, your players won’t notice.

Did I forget anything? Tell me what you think down in the comments below!

And if you’d like to learn more about creating monsters, check out my other article on the subject. Ω