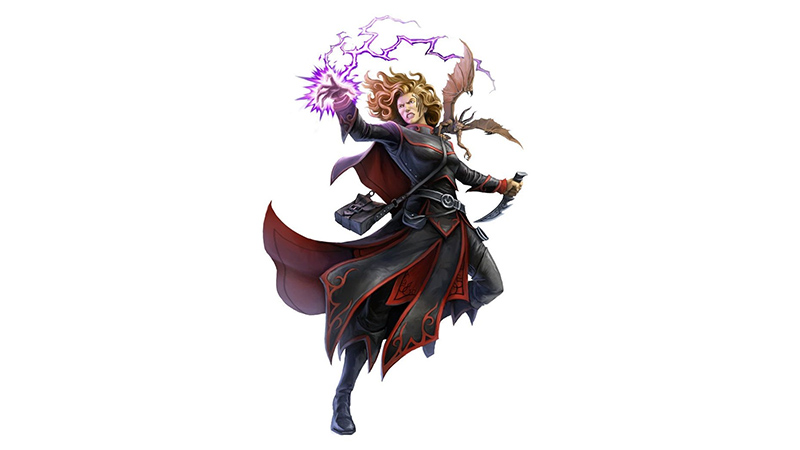 At 2nd level, a wizard gains the Arcane Tradition feature. The following Chaos Magic option is available to a wizard, in addition to the options offered in the Player’s Handbook.

For the chaosmagi, magic is less about perfecting one’s art but drawing the most direct line between casting and utility. This philosophy gives way to chaos magic, a crude, yet effective arcane tradition.

Chaosmagi start training at an early age. Unsurprisingly, the mortality rate is high as arcane accidents are common. And it’s not unusual for a chaosmage to have scars, missing fingers or limbs, and other debilitating conditions. Of course, they don’t see these disfigurements as adverse. On the contrary. Anyone who’s ever fought a chaosmage will tell you that the uglier the chaosmage is, the deadlier.

Starting at 2nd level, you have immunity to your own spells. You’ve hit yourself with your own spells so much during your studies, that you’ve acclimated to their effects.

At 2nd level, your spells are sloppy yet effective. When you cast a wizard spell that deals damage and has a range of at least 10 feet, you may reduce the range of the spell by half in order to have it deal one extra die of its damage.

Beginning at 6th level, your cantrips possess unusual side effects. When a creature fails on a saving throw against one of your wizard cantrips and takes damage, at the start of its next turn it must make another saving throw versus your spell save DC. On a failed save, the target takes another 1d4 damage of the same damage type.

Starting at 10th level, your simpler spells are faster albeit easier to avoid. When you cast a wizard spell of 1st through 5th level that has a casting time of 1 action and offers a saving throw to avoid taking damage, you can change the casting time to 1 bonus action for this casting. However, the targets of your reckless spells have advantage on their saving throws.

At 14th level, you’ve mastered how to make your spells simpler to cast in exchange for overall effectiveness. When you cast a wizard spell of 1st through 5th level that deals damage, you can change the damage type of the spell to force damage for the duration of the spell and the creature suffers no additional effect from the spell. In addition, if the spell normally deals half damage on a successful saving throw, it instead deals no damage on a successful saving throw.