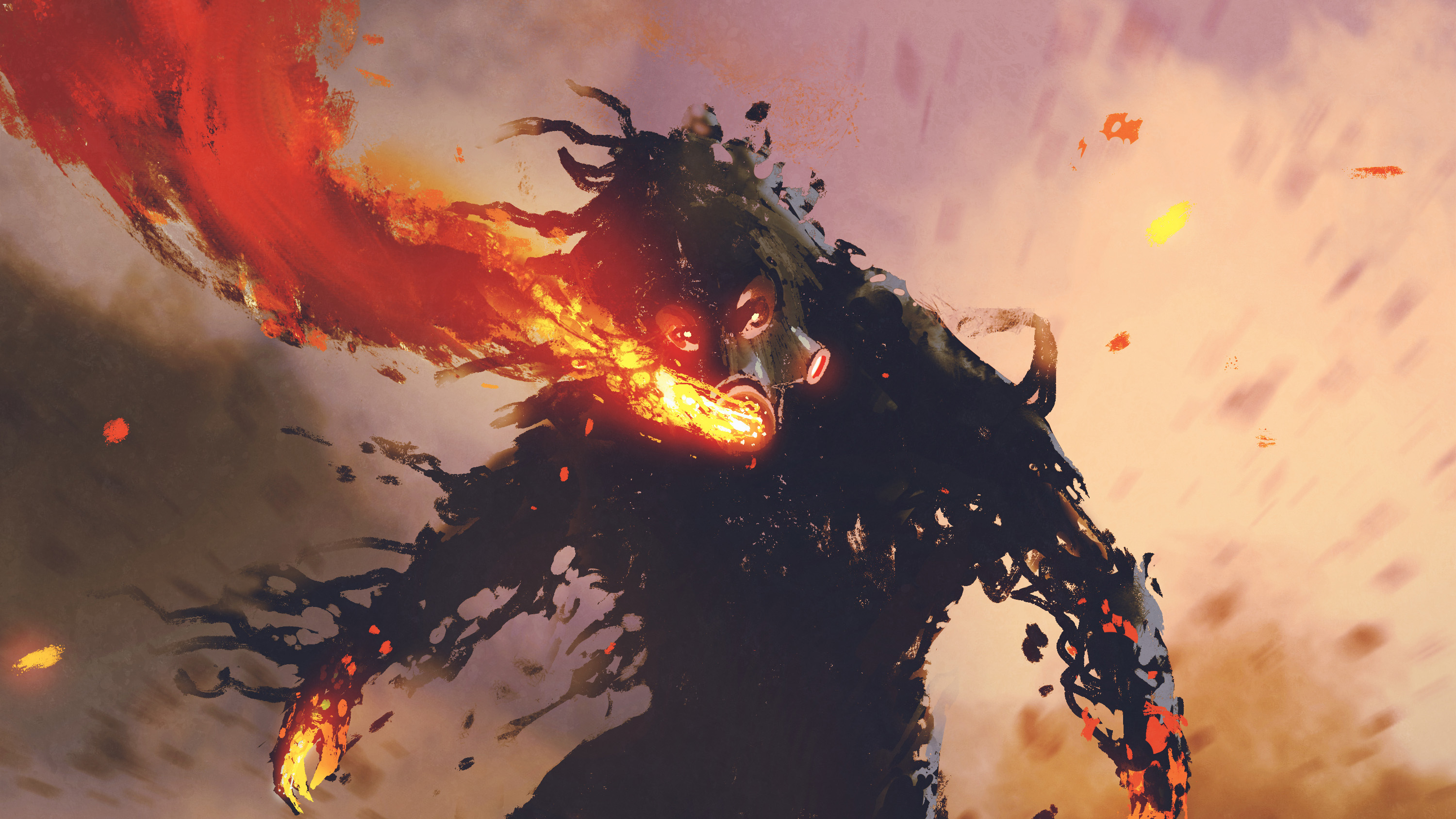 Charbrood are insidious elemental creatures that hunt living creatures in the Obsidian Plain. Sometimes they are referred to as “greater magmin.” However, they have no known connection to magmin beyond their fire elemental origin.

Aggressive. As a bonus action, the charbrood can move up to its speed toward a hostile creature that it can see.

Heated Body. A creature that touches the charbrood or hits it with a melee attack while within 5 feet of it takes 7 (2d6) fire damage.

Ignited Illumination. As a bonus action, the charbrood can set itself ablaze or extinguish its flames. While ablaze, the charbrood sheds bright light in a 20-foot radius and dim light for an additional 20 feet.