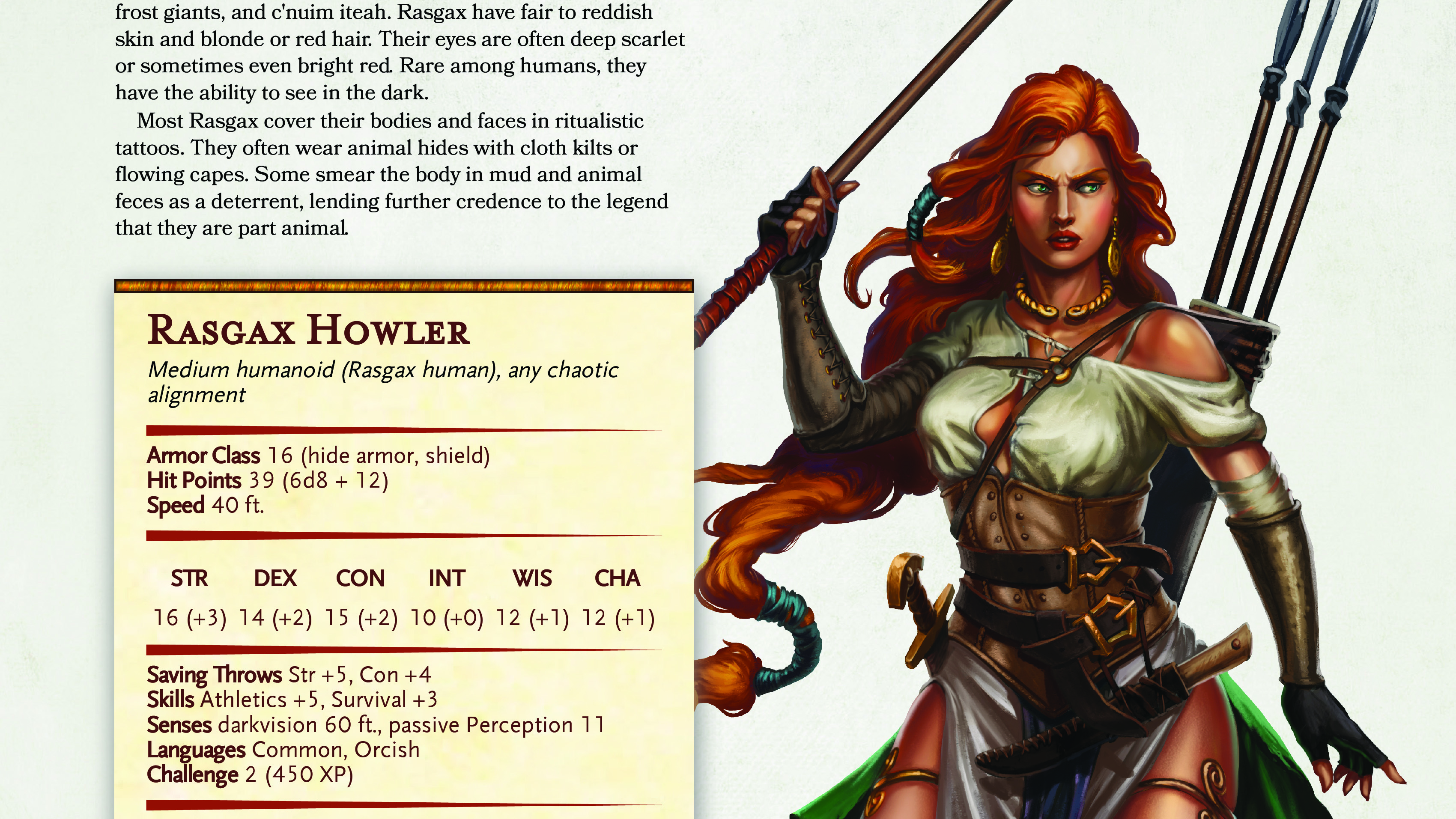 From the highlands of Northern Omeria come the Rasgax tribes. A nomadic people, the Rasgax focus their efforts on combating the belligerent races of the north, including orcs, frost giants, and c’nuim iteah. Rasgax have fair to reddish skin and blonde or red hair. Their eyes are often deep scarlet or sometimes even bright red. Rare among humans, they have the ability to see in the dark.

Most Rasgax cover their bodies and faces in ritualistic tattoos. They often wear animal hides and cloth kilts. Some fight nude and smear the bodies in mud and animal feces as a deterrent, lending further credence to the legend that they are part animal.

Rasgax Resilience. The howler has advantage on saving throws against becoming blinded.

Reactive Attack. As long as the howler isn’t surprised, it can use its bonus action on its first turn to make a single weapon attack.

Multiattack. The howler uses its Howl if it is able. It then makes two melee attacks with its spear.