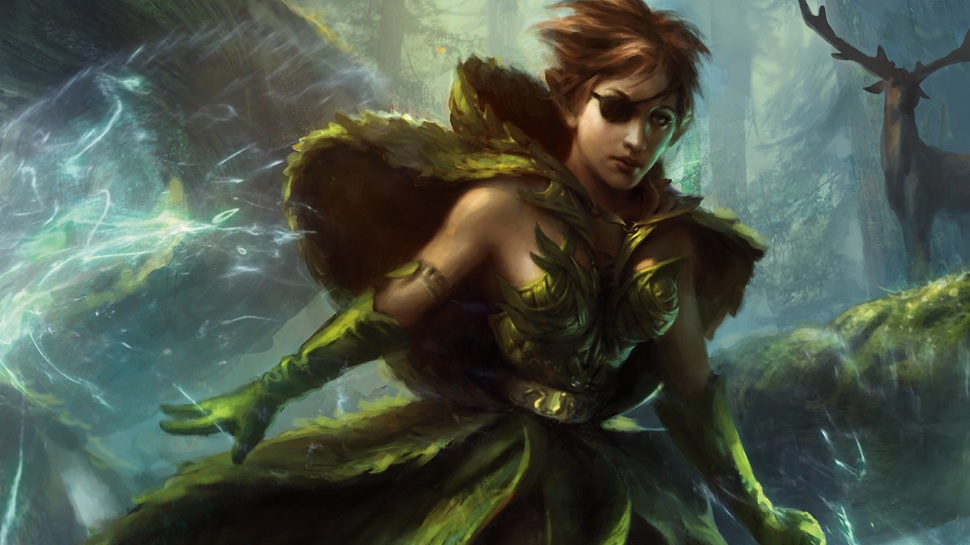 At 2nd level, a druid gains the Druid Circle feature. The following Circle of Secrets option is available to a druid, in addition to those normally offered.

Note: the Circle of Secrets option presented here assumes you are using psionics in your Fifth Edition campaign setting. In a campaign without heavy use of psionics, players may find this class option severely limited.

Found in hushed forest groves, labyrinthine canyons, and sandy wastes, the druids of the Circle of Secrets congregate to explore the mystery and wonders of the Astral Plane and where it touches upon the world and nature. These enigmatic druids possess goals that often don’t align with those of other druids. Their primary belief is that the collective psychic energy of all creatures is what binds Nature; should that force be disrupted, chaos would undoubtedly ensue. As such, they try to maintain the psionic balance of the land, thwarting those who would abuse such power at every turn.

When you join this Circle at 2nd level, you can use your action to detect the presence of psionic activity. Until the end of your next turn, you know the location of any psionicist or psionic effect within 60 feet of you even if it is behind total cover.

The defensive combat modes are described in detail in DMDave’s Psions entry.

At 2nd level, you develop a natural ward against attacks that deal psychic and force damage. After finishing a long rest, a psychic ward forms around yourself which lasts until you finish another long rest. The ward has a hit point maximum equal to twice your Druid level + your Wisdom modifier. Whenever you take psychic or force damage, the ward takes the damage instead. If this damage reduces the ward to 0 hit points, you take any remaining damage.

While the ward has 0 hit points, it can’t absorb damage.

Starting at 6th level, when a creature that you can see within 30 feet of you takes psychic or force damage, you can use your reaction to cause your Psychic Ward to absorb that damage. If this damage reduces the ward to 0 hit points, the warded creature takes any remaining damage.

At 10th level, whenever your psychic ward’s hit points are reduced by psychic or force damage and not reduced to 0, you can reflect the power back on the manifester or caster as though you had manifested or cast it using your own manifestation or spellcasting ability.

At 14th level, your connection to psychic energy grants you the ability to perceive and alter reality in different ways.

When you finish a short rest, you can cast one of the following spells, without expending a spell slot or requiring material components: contact other plane, Rary’s telepathic bond, and telekinesis.

When you use contact other plane in this way, you automatically pass your Intelligence saving throw to avoid psychic damage and insanity.

Art by Adam Paquette (Wizards of the Coast).