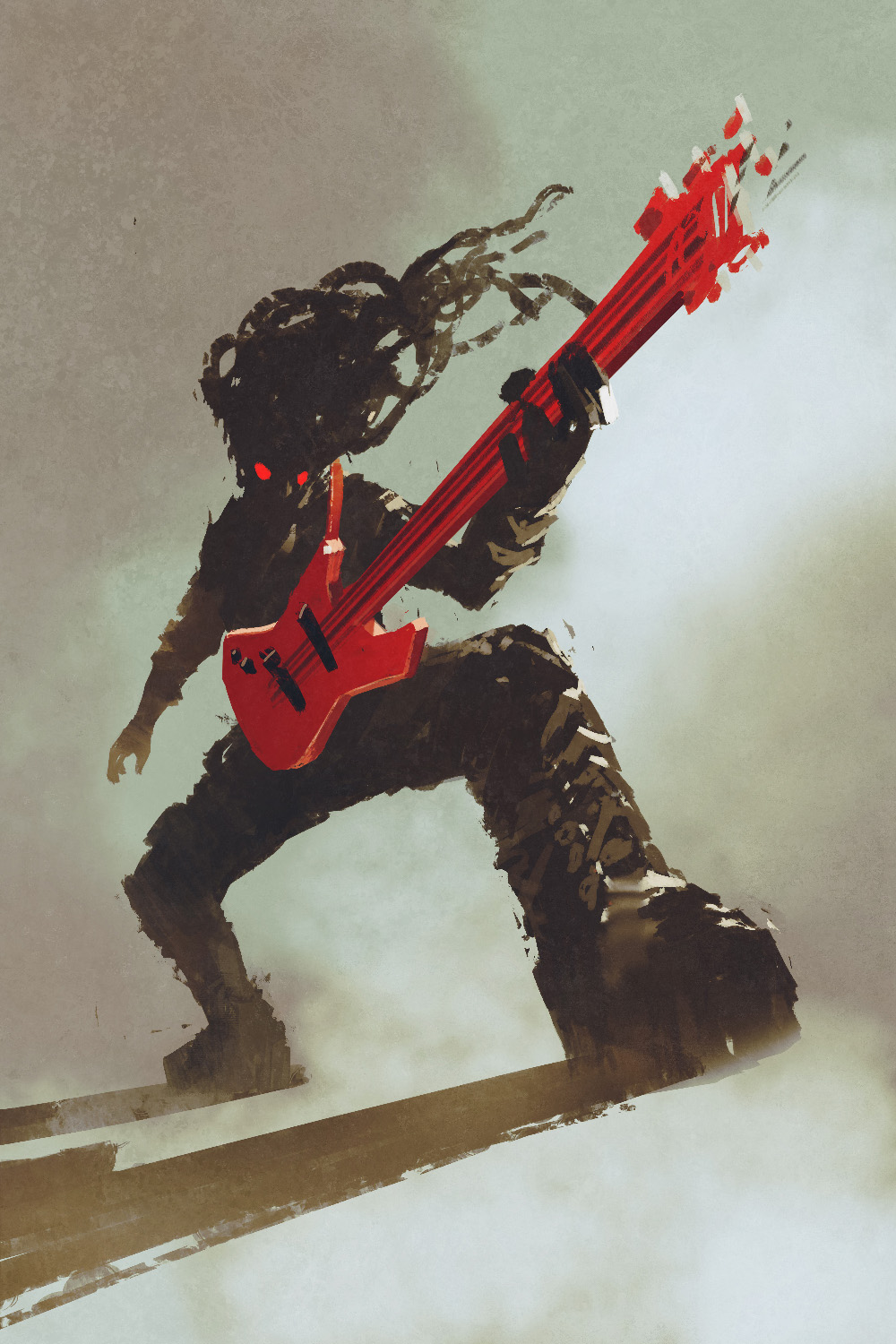 At 3rd level, a bard gains the Bard College feature. The following College of the Band is available to a bard, in addition to those normally offered.

College of the Band

One bard is powerful. Two bards are thunderous. But what happens when four bards come together? The College of the Band are for those bards who’ve learned that separate they are great, but together, they are legendary.

When you join the College of the Band at 3rd level, you choose a position within the band: vocals, lead guitar, rhythm guitar, bass, or drums. Your position grants you certain benefits as described below.

Vocals. You gain proficiency with a microphone, which acts as your spellcasting focus. On your turn, you can use your action to expend one use of your Bardic Inspiration to cast the thunderwave spell without expending a spell slot. You do not have to know the spell in order to use this feature.

Bass. You gain proficiency with the bass guitar, which you can use as your spellcasting focus. On your turn, you can use your action to expend one use of your Bardic Inspiration to drive the rhythm and maintain harmony. When you do, each creature of your choice within 30 feet of you that makes a Constitution or Wisdom saving throw must roll a d4 and subtract the number rolled from their saving throw.

On subsequent turns, you can use your action to maintain this effect, extending its duration until the end of your next turn. However, the effect ends if a creature can no longer hear you or you are incapacitated.

Get three more band positions (rhythm guitar, lead guitar, and drums) when you become a DMDave Patron (only $3/month)

The Band That Sticks Together

Starting at 6th level, whenever one of your allies within 30 feet that you can see of you takes damage, you can use your reaction to transfer half of the damage to yourself. You can use this feature three times and regain all expended uses after you finish a long rest.

Once you use this feature, you can’t use it again until you complete a short rest.

Get access to over 70 PDFs and new ones daily.