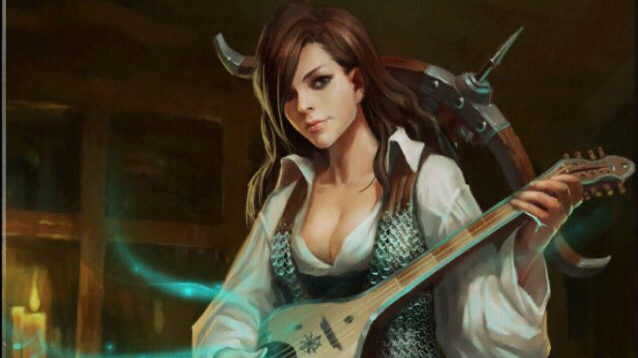 At 3rd level, a bard gains the Bard College feature. The following College of the Mind option is available to a bard, in addition to those normally offered.

College of the Mind

Many bards provoke the senses with their music, words, and art. However, bards of the College of the Mind go a step further, entering the minds of their audience.

When you join the College of the Mind at 3rd level, you gain the charm person psionic power, and you can manifest it once without spending PSPs or spell slots. Once you manifest it using this feature, you can’t use do so again until you finish a short or long rest.

At 3rd level, you can cause your performance to infect the minds of those who listen to it.

If you perform for at least 1 minute, you can attempt to bestow your audience with an earworm; a psychic curse that they cannot shake. You do so by singing, reciting a poem, or dancing. At the end of the performance, choose a humanoid within 60 feet of you who watched and listened to all of it. The target must succeed on a Wisdom saving throw against your spell save DC or become cursed with the earworm. While cursed, the target has disadvantage on Intelligence and Wisdom ability checks and saving throws, in addition to Constitution saving throws made to maintain concentration. This effect ends on a target after 1 hour or if a remove curse spell is cast upon it.

If the target succeeds on its saving throw, it has no hint that you tried to curse it.

Give ‘Em What They Want

At 6th level, if you spend at least 1 minute observing or interacting with another creature outside combat, you carefully implant images of yourself into its mind. For 24 hours, the creature has disadvantage on saving throws against powers, spells or effects that would cause it to become charmed or frightened by you. This effect ends if you or your companions do anything to harm the creature.

At 14th level, when you use a power or spell that causes a creature to be charmed by you, the charmed effect does not end if you harm the creature.