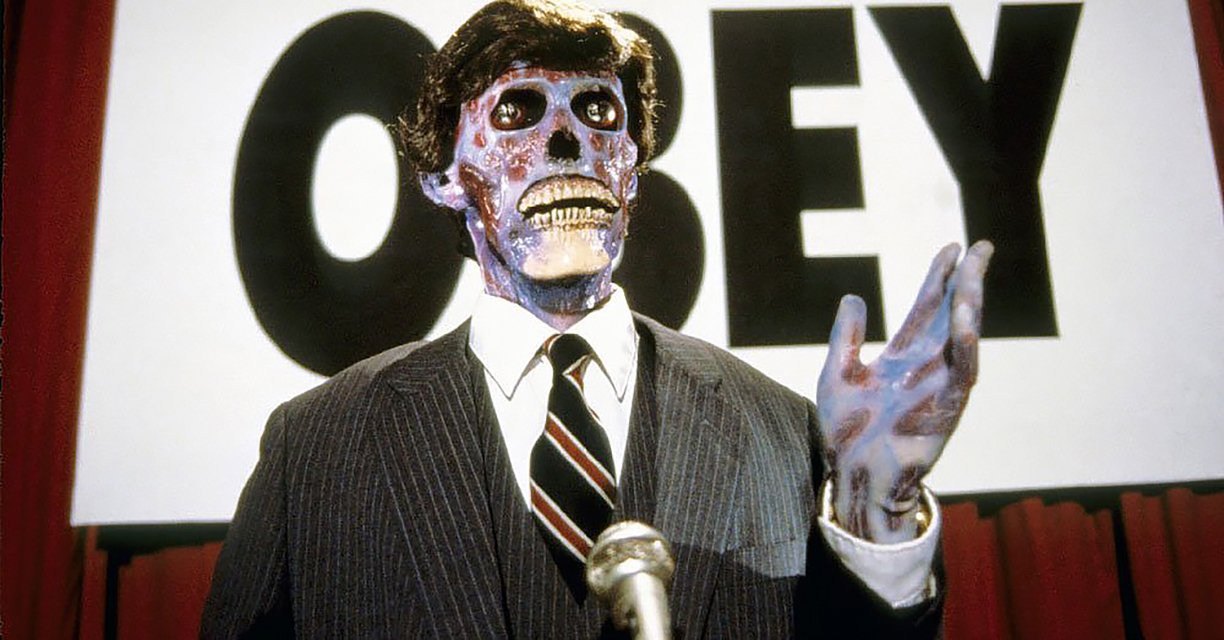 Welcome to day 4 of my Halloween monster series. Today, I’m tackling the shapeshifting aliens of the film They Live, whose name in the novel was The Fascinators.

The aliens have a vaguely similar body structure to humans, enough that they can convincingly disguise themselves. However, they have blue skin, bulging eyes, and no lips. It is said that they adapted their bodies to look humanoid for the invasion of Earth, therefore what is shown in the movie might not be their true form or perhaps they just don’t have any and take the appearance of the dominant species of every planet they take over. This alien species does not have a specific name; in the end credits of the movie two actors playing the aliens are referred to as “Male Ghoul” and “Female Ghoul”, while in the source material short story Eight O’Clock in the Morning and its comic book adaptation Nada (which the movie was based on) they are named the “Fascinators”.

Innate Spellcasting. The fascinator’s innate spellcasting ability is Intelligence (spell save DC 13, +5 to hit with spell attacks). It can cast the following spells:

At will: disguise self