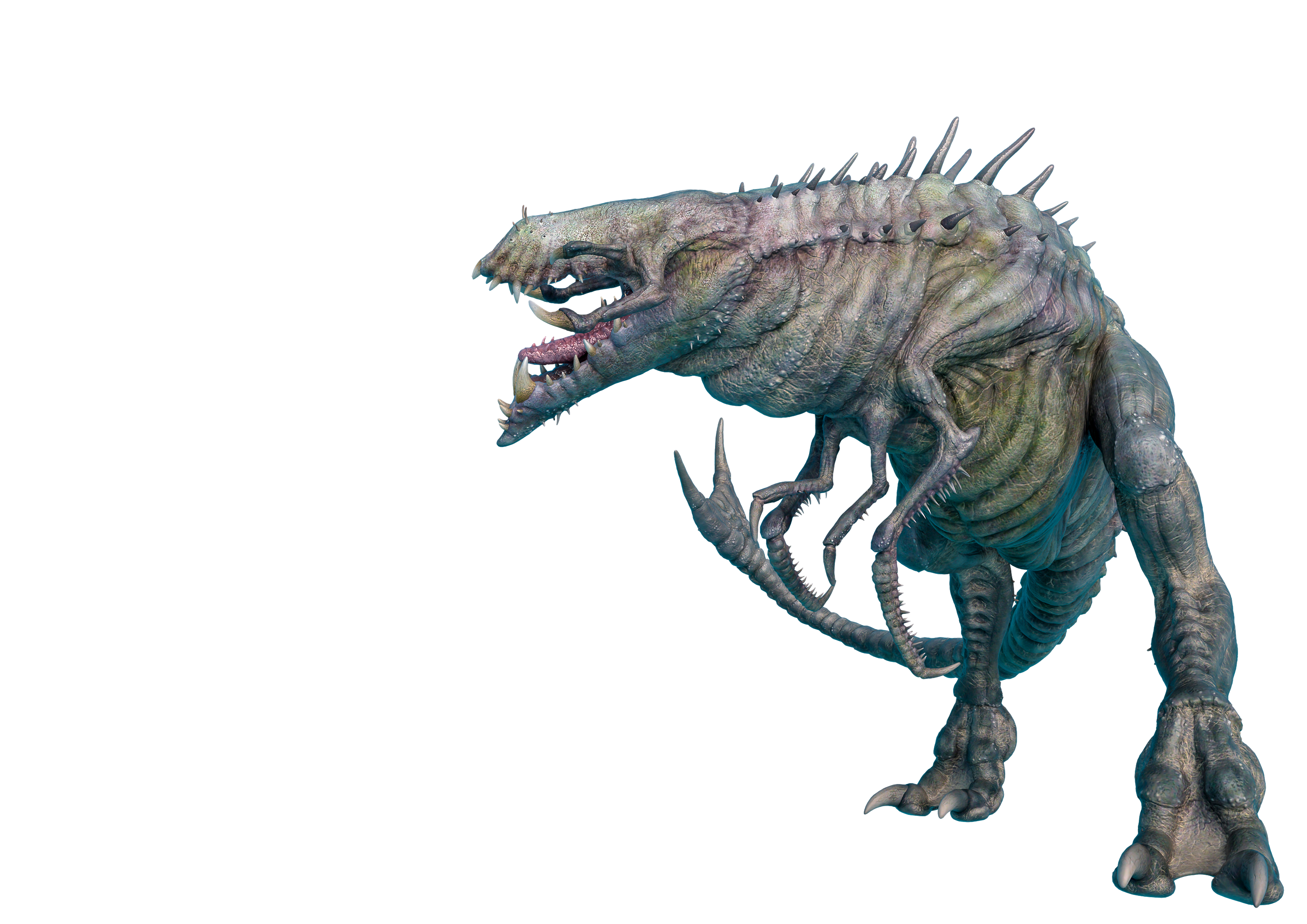 Dokh nuzegh (DOKE nu CHAY) roughly translates to “no magic dog” in Goblin. Certainly, the “no magic” part is accurate. Dokh nuzeghs have an innate hatred of magic. They hate magic so much, in fact, that they will run at top speeds for a mile or longer to find and kill a magic-user. The “dog” part, however, is far from accurate. If anything, dokh nuzeghs have more in common with dinosaurs than they do canines. The creatures lack eyes. Instead, they rely on echolocation to find their prey. Dokh nuzegh “hoots” can be heard all over the western Sabalona.

It is the presence of these creatures that keep the goblinoids of Gar Warbrizz safe from spellcasters. Originally, the dokh nuzegh were underground creatures. The Garrish pulled the dokh nuzeghs from their caverns and bred them as watchdogs, pets, steeds, work animals, and even livestock. Prolific to a fault, the creatures now overrun Gar Wabrizz’s forests and have destroyed most of the goblin nation’s wildlife. Fortunately for the goblinoids’ neighbors, the dokh nuzegh won’t travel beyond the Troubled Run to the east or pass through Olyothyrian Sabalona.

Large numbers of wild dokh nuzegh infest the caverns below the Basilisk’s Spine, particularly in the ruins of Von Doral and the Wounded Pass. Not even the goblins dare travel through those regions.

Echolocation. The dokh nuzegh can’t use its blindsight while deafened.

Keen Hearing. The dokh nuzegh has advantage on Wisdom (Perception) checks that rely on hearing.

Magic Resistance. The dokh nuzegh has advantage on saving throws against spells and magical effects.

Pounce. If the dokh nuzegh moves at least 20 feet straight toward a creature and then hits it with a claw attack on the same turn, the target must succeed on a DC 13 Strength saving throw or be knocked prone. if the target is prone, the dokh nuzegh can make one bite attack against it as a bonus action.

Sense Magic. The dokh nuzegh senses magic within 1 mile of it at will. This trait otherwise works like the detect magic spell but isn’t itself magical.