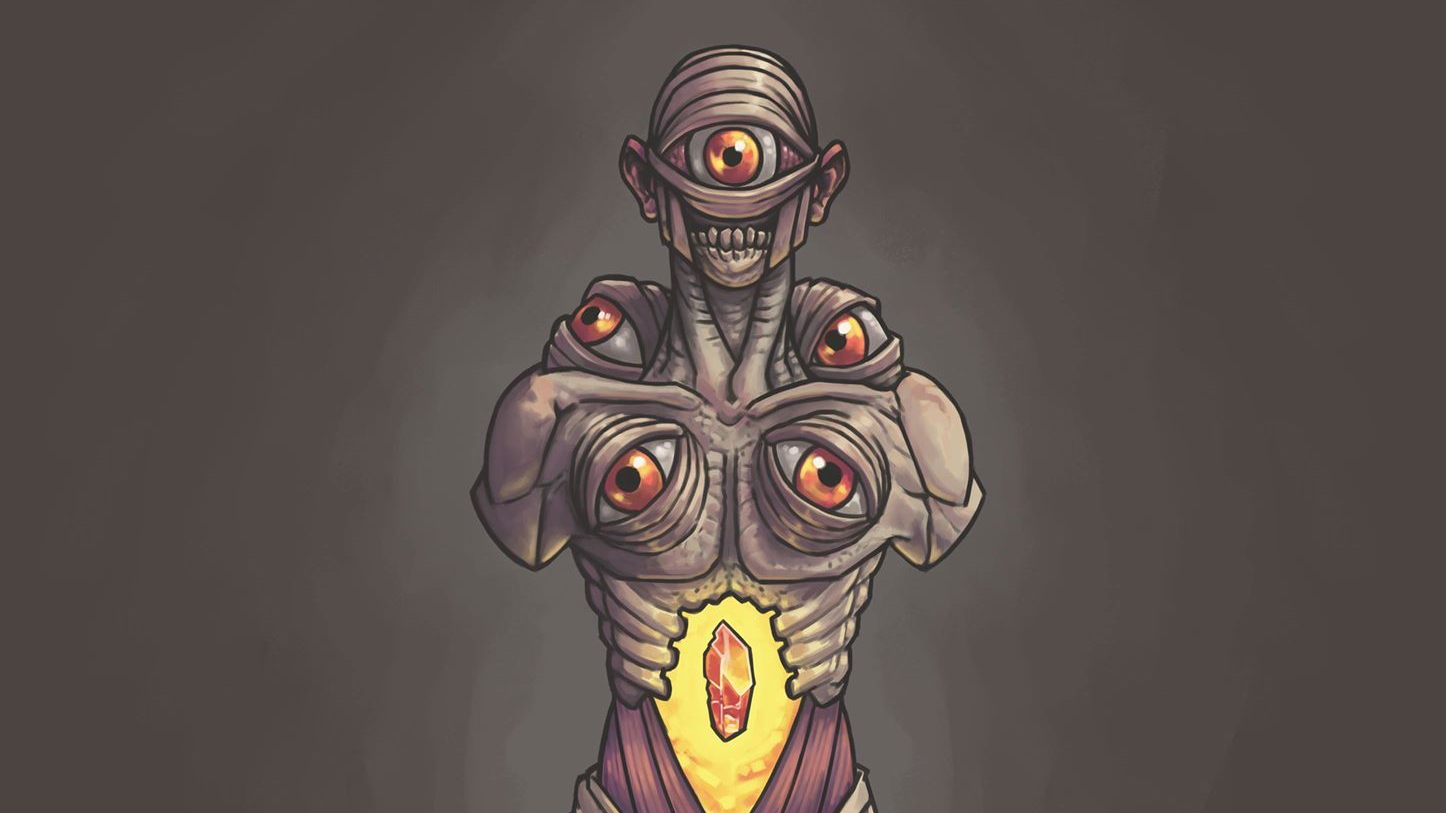 What is a dreg watcher?

Watchers are the eyes of the Dreg, armless beings whose bodies are filled with leftover eyeballs in all shapes and sizes. Without a Watcher around other Dregs won’t be able to perform as well, using a Watcher’s eyes to guide their movement.

Death Burst. When the dreg dies, it explodes in a burst of released souls. Each creature within 5 feet of it must make a DC 13 saving throw, taking 7 (2d6) necrotic damage on a failed save, or half as much damage on a successful one.

Eyes of the Dregs. Each dreg worker and dreg biter within 60 ft of the dreg watcher gains darkvision out to 120 ft.

Eye Rays. The dreg watcher shoots up to two of the following magical eye rays at one or two creatures it can see within 90 feet of it. It can use each ray only once on a turn.

Again, big shoutout to Bert of Crosshead for this awesome monster concept. We’ve got a few more items coming for this Fifth Edition supplement, so stay tuned.