The Duke of Nightmares for 5th Edition Dungeons & Dragons 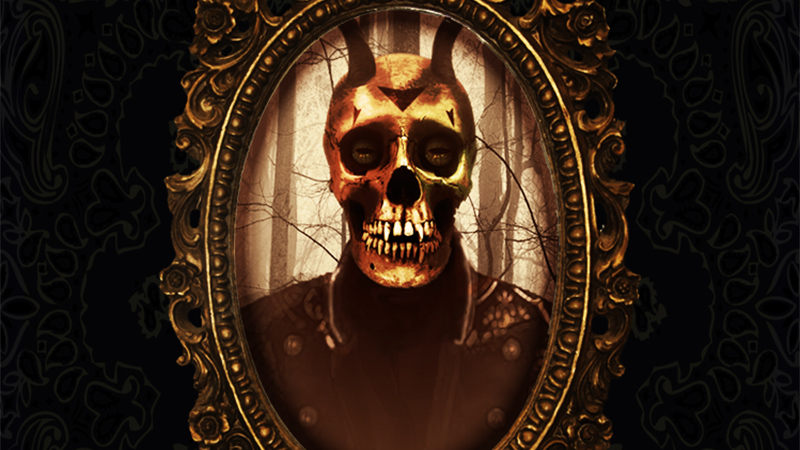 Long, long time ago, I tried my hand at making a simple card game using only 18 cards. It was a contest on Board Game Geek. My entry? The Dream Collectors.

While my entry went nowhere, it did help me come up with some pretty cool concepts for monsters. The one that always stuck with me, though, was this guy:

The Duke of Nightmares!

(Please excuse the horrible Photoshop, I wasn’t nearly as good back then as I am now. Now that I think about it, I still probably suck. But whatever…)

I just thought he looked cool with his 1800’s French soldier uniform, gazelle horns, and two glowing eyes (you can’t tell from the sepia photo, but his eyes glow green and red).

Years later, I’m running a D&D 5e campaign and he’s suddenly the BBEG. My players are marching their way to his iron tower at the edge of the Swamp of Misplaced Hope on the Demi-plane of Nightmares.

Problem is: I haven’t statted him up yet!

Design notes for the Duke of Nightmares

Doing some back reading on Forgotten Realms Lore, I know the following about the ol’ Duke and his setup in the Region of Dreams:

Now that I know that the Duke is a duke of hell (or former Duke of Hell, as it were), it’s just a matter of putting him up there with the other Dukes.

He would not be as strong as say, the Archdevils from Mordenkainen’s Tome of Foes, but he would be above all other devils except for maybe the Pit Fiend.

In addition, I wanted the Duke to be a challenge that my players (whose characters are all around level 8 right now), could reasonably challenge. They might lose a life or two, but they could still take the guy down if they ran the combat right.

The Duke of Nightmares

Disturbing Familiarity. The Duke makes Deception checks at advantage against all creatures that aren’t devils.

Innate Spellcasting. The Duke of Nightmares’s innate spellcasting ability is Charisma (spell save DC 21). He can innately cast the following spells, requiring no material components:

Legendary Resistance (3/day). If the Duke of NIghtmares fails a saving throw, he can choose to succeed instead.

Magic Resistance. The Duke has advantage on saving throws against spells and other magical effects.

Right Eye Ray. The Duke targets a creature he can see within 120 feet of him. The targeted creature must make a DC 21 Constitution saving throw, taking 36 (8d8) necrotic damage on a failed save, or half as much damage on a successful one.

Left Eye Ray. The Duke targets a creature he can see within 120 feet of him. The targeted creature must make a DC 21 Dexterity saving throw or take 45 (10d8) force damage. If this damage reduces the creature to 0 hit points, its body becomes a pile of fine gray dust.

Nightmare Vision. The Duke targets one creature he can see within 60 feet of him. The target must succeed on a DC 21 Charisma saving throw or become paralyzed for 1 minute. The target can repeat the saving throw at the end of each of its turns, ending the effect on itself on a success.

Teleport. The Duke magically teleports, along with any equipment he is wearing and carrying, up to 120 feet to unoccupied space he can see.

Hopefully, this insight into the Duke of Nightmares is pretty cool for you as it is for me. I love roleplaying the guy (I play him like a goofy game show host).

The Duke of Nightmares is free for you to use in your own Dungeons & Dragons 5th Edition games. Just not commercially!

Next up, I’ll be recreating the diaboli for 5th edition along with some other monsters I’ll need to populate the Duke’s eponymous swamp.