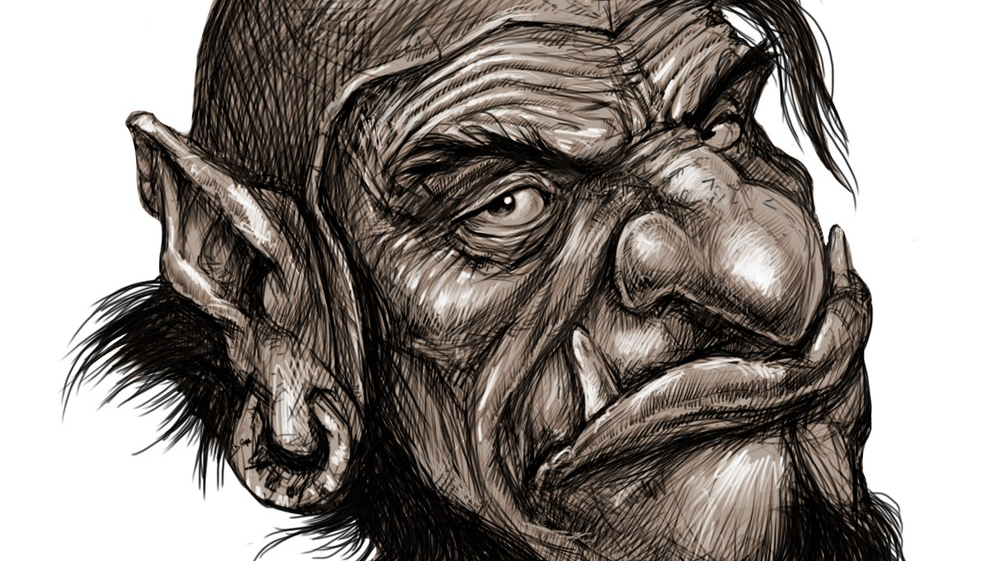 The athach is a hulking, misshapen biped. Its flabby, pear-shaped body has a third arm growing from its chest. Immensely strong, an athach can hammer most opponents to gory paste.

An athach has a wide, slobbering mouth. Curving tusks like a boar’s jut from its lower jaw. Its other teeth are small and peglike. It has tiny eyes, a small nose, and lopsided ears: one huge, one tiny. An athach dresses in shabby rags and furs. It rarely bathes and smells particularly foul. An adult stands some 18 feet tall and weighs about 4,500 pounds.

Athachs are fond of gems and crystals of all types. They often jam bracelets around their fat wrists, and other jewelry where they can. They have been known to sit for hours, polishing and admiring their jewels. The only other things athachs tend to be passionate about are food and violence. They despise hill giants, and unless outnumbered, attack them on sight. They fear other giants and most other Huge creatures.