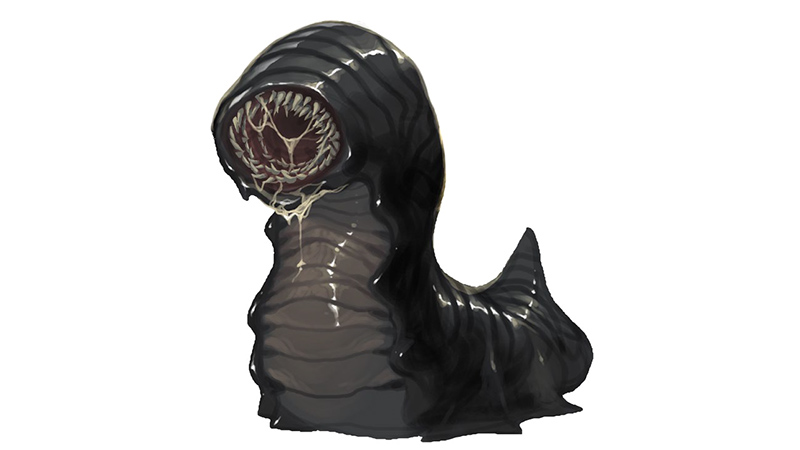 Leeches. Ew. They’re pretty gross. But hey, I need some for my D&D campaign today. So I’m going to make ’em anyways.

Leeches should be pretty simple to create. It’s just a matter of taking an insect and scaling it up. Plus, I want to make them hard to see in mud, so they’ll get mud camouflage.

Also, it looks like there are giant leeches in Pathfinder. So that makes finding art a little easier, too!

As usual, these are free to use in your campaigns, just not commercially. And the mud isn’t mine, it’s borrowed.

Mud Camouflage. The mud leech has advantage on Dexterity (Stealth) checks made to hide in muddy terrain.

Blood Drain. Melee Weapon Attack: +4 to hit, reach 5 ft., one creature. Hit: 6 (1d8 + 2) piercing damage and the mud leech attached to the target. While attached, the mud leech doesn’t attack. Instead, at the start of each of the mud leech’s turns, the target loses 6 (1d8 + 2) hit points due to blood loss.

As usual, it’s Saturday, so I’m to cook up a few more monsters before the day is done.