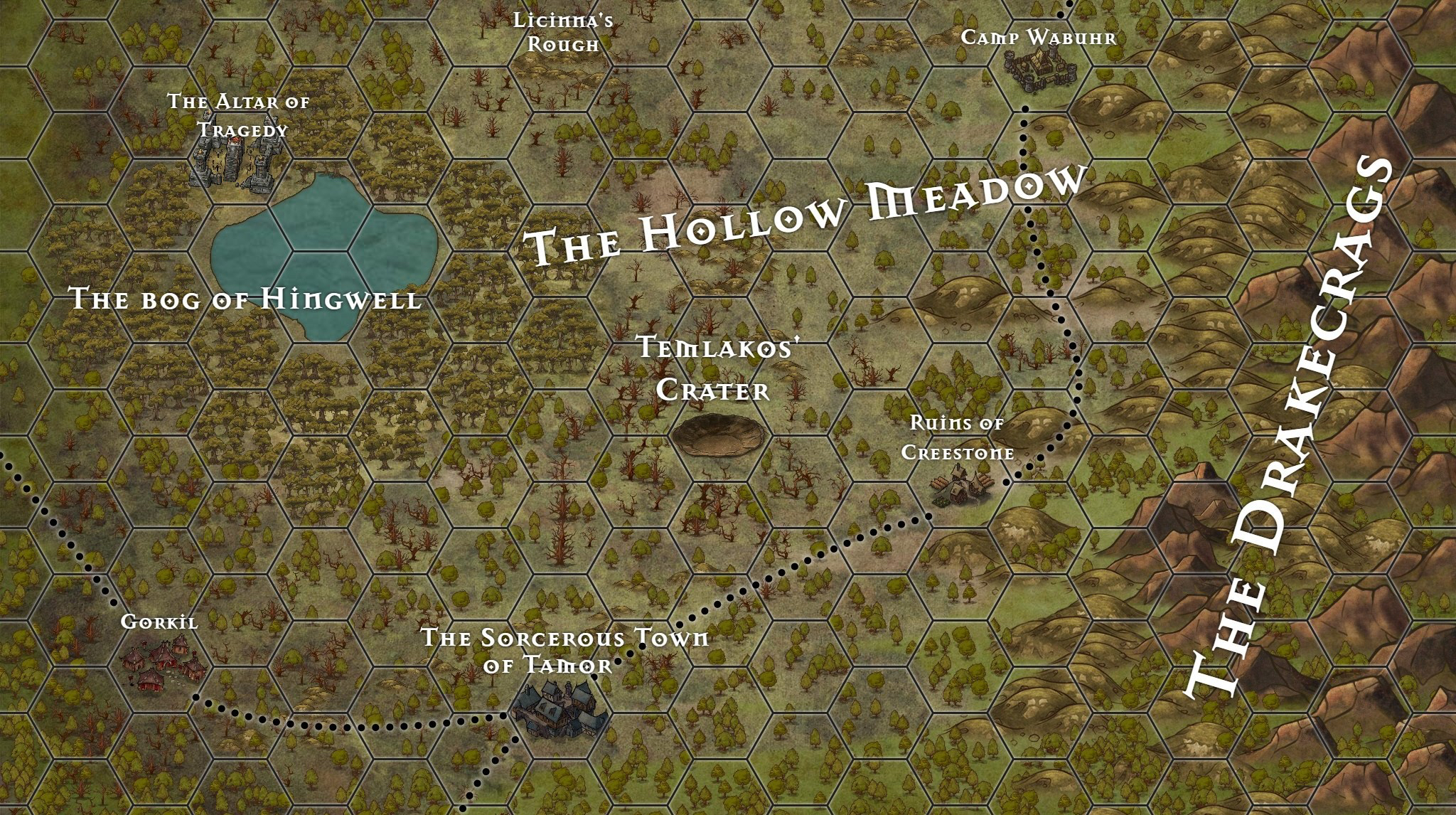 DM DaveLeave a Comment on Gods help me: I’m about to DM for 150+ people.Posted in Announcements

I’ve been a DM for 28 years, ever since second edition.

When I started, it was just me and my brother. I was the DM (of course) and he was my player.

As I grew older and the new editions came out, I stuck to DMing. I DMed my way through 3 and 3.5 and now I’m about to celebrate my 1 year anniversary with 5th and my current group.

Keep reading to learn how I DM for 150+ people at a time.

I wasn’t always a good DM.

It’s been quite the journey and I’ve learned a lot! Of course, I didn’t always know what I was doing.

I’ve been a rail-roader, petty DM, lazy DM, all the types of DMs that make you roll your eyes (although, I never did a DMPC).

And it paid off!

Below is just a few bits of content I’ve created this year alone:

I’ve been creating my own Fifth Edition compatible content for a year now. After writing roughly 400 articles, I decided to branch out and create a Patreon account. The Patreon has been a huge success, earning 3 new patrons every day.

Originally, the Patreon was all for requests. But as it grew too big it was getting difficult to keep up with them all. So I had to do something else. That’s when I created the Wandrossa campaign setting.

Wandrossa’s purpose was to be completely crafted by my Patrons. I was going to build it through polls and suggestions. But even that got out of hand.

So I developed a NEW game: Gods of Wandrossa

Gods of Wandrossa – you play a GOD

Taking the Fifth Edition rules, I turned Patreon into a game of sorts.

Here’s how it works:

Already it’s going incredibly well. Signs up started yesterday and already 1/3 of the Patrons are onboard.

You can see the current line-up of gods here: Gods of Wandrossa Roster

What else do you get as a God of Wandrossa?

In addition to actively participating in the game, you get PDFs of the game, first-time requests, the ability to vote and polls, and at some levels swag and printed books.

In fact, after signing up for the Patreon the first thing you get is a copy of the book EVIL, a 56-page PDF featuring all-new, all-original Fifth Edition content.

What’s it cost to join Gods of Wandrossa?

The value is incredible.

Here are the things you get and what they would normally cost you.

So something like this would probably normally cost you anywhere from $200 – $300.

You can become a God of Wandrossa for only $3.

What are people saying about my Patreon?

Here are a few testimonials from my fans:

Can I just say, you are absolutely awesome! This is an amazing effort your putting into all of these projects, not only the ones you share with us, but everything you keep as a surprise. I don’t know what we did to deserve your talent but I just want to say thank you.

Your content is top notch and amazing. Love it and thank you

You’re great and your content is amazing. Thanks again!

100% satisfaction guaranteed or your money back!

The entire system runs through Patreon. So if you aren’t crazy about the game, my content, or anything else that’s going on, Patreon will return your pledge to you.

Anybody that follows me knows that it’s easy to get in contact with me. All you have to do is follow my Instagram and drop me a message. I’ll try to get back to you in 24 hours or less. My Instagram is: @dungeonmasterdave

Okay, so maybe I’m cheating a little by saying that I’m DMing 150 people. But this is more or less what it is.

Hopefully, you can join in on the fun, too.

There are literally thousands of types of gods that you can play and everyone is welcome in the world of Wandrossa.

So what are you waiting for?

If you’d like to learn a little more about the rules of the game, be sure to check out this article: Gods of Wandrossa – “It begins.”

Art by Inkarnate and DMDave.