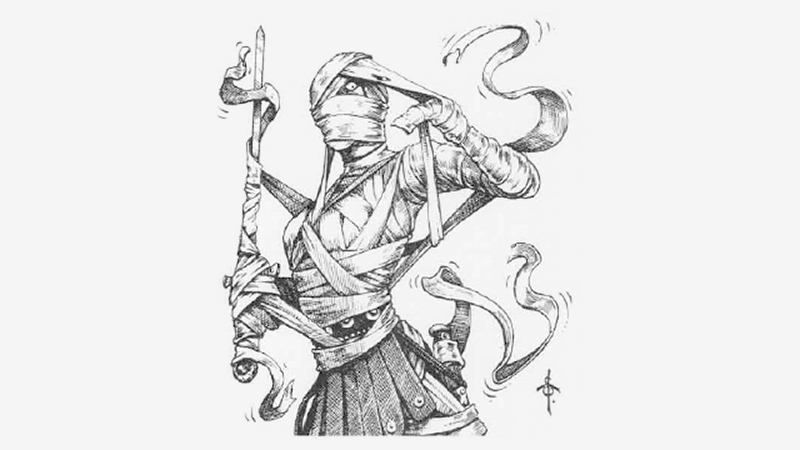 What is a guttersnipe raggamoffyn?

Guttersnipes are most prevalent around settlements of dwarves, gnomes, and halflings. They form from worn-out and discarded adventuring and construction gear.

A guttersnipe appears as a whirling mound of frayed rope, worn leather pieces, strings, belts, and swatches of cloth. Within this mass of material is a core made of small gems, bits of glass, and glitter.

False Appearance. While the raggamoffyn remains motionless, it is indistinguishable from a pile of leather and rope scraps.

Multiattack. The raggamoffyn makes three slam attacks. It can use Glitterdust in place of one of its slam attacks.

Glitterdust (1/day). The raggamoffyn selects a point it can see within 30 feet of it. All creatures and objects in a 10-foot radius sphere centered on that point are covered in golden sparkling dust. Invisible creatures are outlined by the dust and all creatures covered in the dust have disadvantage on their Dexterity (Stealth) checks. In addition, each creature coated in the dust must succeed on a DC 13 Constitution saving throw or become blinded while the dust remains. The dust can’t be removed except by a dispel magic spell or similar magic and continues to sparkle for 1 minute at which time it disappears.