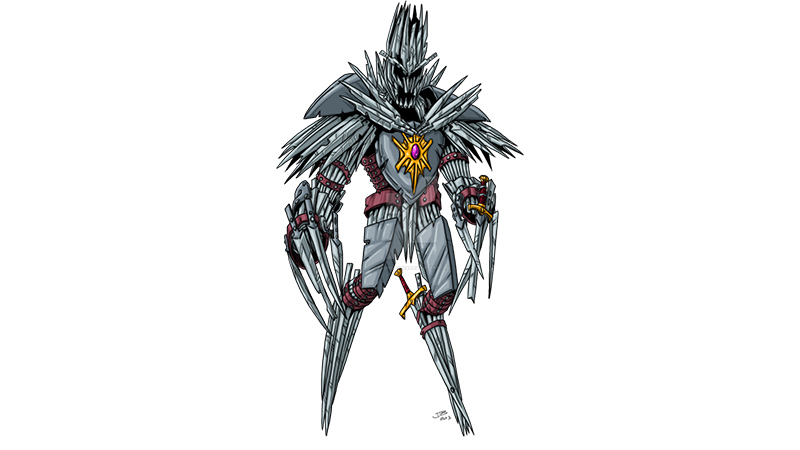 Shrapnyls are the only raggamoffyns made entirely of metal. They lurk near battlegrounds as well as forges.

A shrapnyl consists of bits of metal in every size. Its appearance can vary greatly. One might consist of swords, shields, and cooking gear, while another could contain a helm, coins, chains, and keys.

False Appearance. While the raggamoffyn remains motionless, it is indistinguishable from a pile of metal objects.

Multiattack. The raggamoffyn makes one slam attack and one gore attack.

Cloud of Steel (1/day). The raggamoffyn explodes into a deadly cloud of flying, sharp debris that hits everything within 10-feet of the raggamoffyn. Each creature in that area must succeed on a DC 15 Dexterity saving throw or take 18 (4d10) piercing damage on a failed save, or half as much on a successful one. If the raggamoffyn is grappling a creature when it uses its Cloud of Steel attack, the grapple ends and the creature takes no damage from this attack.