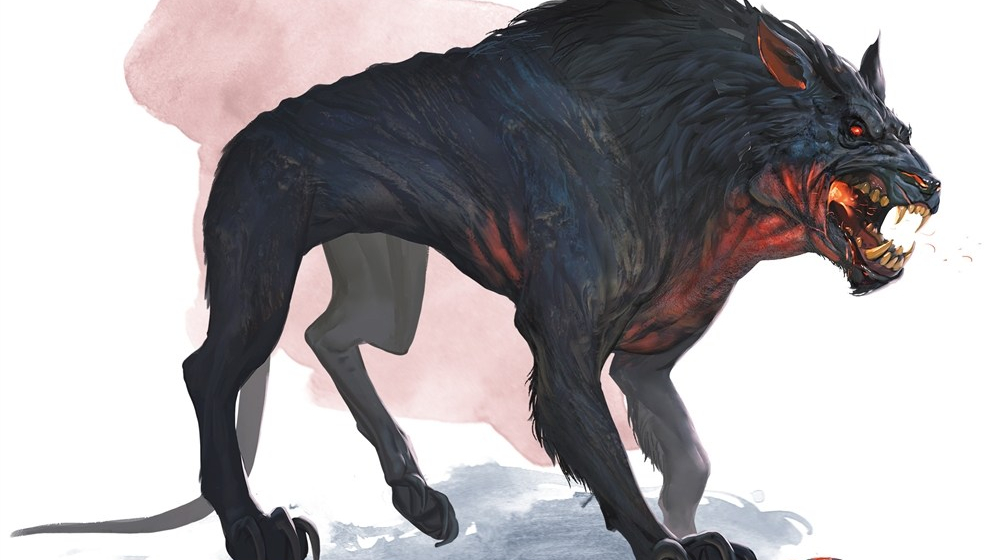 Those who don’t understand the true nature of haraknins often incorrectly identify them as fiendish lycanthropes. The haraknin is not a true lycanthrope; it is a hell hound that has learned to assume humanoid form. Created by devil lords to serve as intelligent trackers and guardians, haraknin often journey to the Material Plane to undertake diabolical missions for their infernal masters.

A haraknin can assume a variety of appearance with its alternate form, but it strongly favors humans or half-orcs with hair the color of flame, smoldering red eyes, and wiry rust-colored hair all over its body. A faint smell of brimstone clings to its humanoid form, and it tends to be ill-tempered and violent.

Damage Resistances cold; bludgeoning, piercing, and slashing from nonmagical attacks not made with silvered weapons

Shapechanger. The haraknin can use its action to polymorph into a Medium humanoid, or back into its true form, which is a hell hound. Its statistics, other than its size and AC are the same in each form. Any equipment it is wearing or carrying isn’t transformed. It reverts to its true form if it dies.

Keen Hearing and Smell. The haraknin has advantage on Wisdom (Perception) checks that rely on hearing or smell.

Pack Tactics. The haraknin has advantage on an attack roll against a creature if at least one of the haraknin’s allies is within 5 feet of the creature and the ally isn’t incapacitated.

Multiattack (Humanoid Form Only). The haraknin makes two attacks with its spiked chain.

Fire Breath (Recharge 5-6). The haraknin exhales fire in a 15-foot cone. Each creature in that area must make a DC 13 Dexterity saving throw, taking 21 (6d6) fire damage on a failed save, or half as much damage on a successful one.