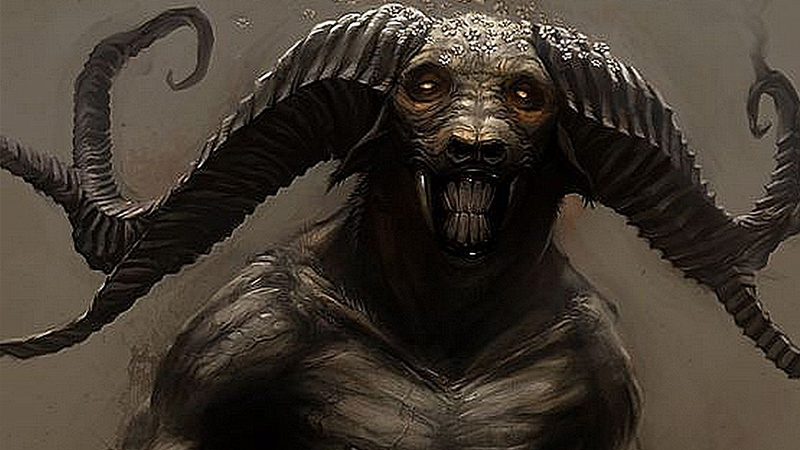 The huay chivo is a legendary Mayan beast. It is a half-man, half-beast creature, with burning red eyes, and is specific to the Yucatán Peninsula. It is often said to be an evil sorcerer who can transform himself into a supernatural animal, usually a goat, dog or deer, in order to prey upon livestock.

Unfortunately, the reality of huay chivos’ origins is much grimmer. They are fiends, servants of El Diabolo Primero, and are, indeed, powerful practitioners of sorcery. They offer their services to the desperate and weak-willed, often in exchange for a blood-price: one’s entire livestock, a firstborn child, or even their mortal soul.

Huay chivos have the ability to command animals to do their bidding, and often protect themselves with mundane beasts. In addition, they have the ability to mutate and change living creatures into horrible monstrosities that follow their commands. When pressed, the huay chivo can use its own claws and horns to defend itself.

Ultimately, a huay chivo is a coward and prefers to talk its way out of combat if it must, offering gifts in exchange for its life. Even then, it will attempt to get the better end of a bargain, finding loopholes in all deals it makes.

Damage Resistances cold; bludgeoning, piercing, and slashing from nonmagical attacks not made with silvered weapons

Charge. If the huay chivo moves at least 20 feet straight toward a target and then hits it with a ram attack on the same turn, the target takes an extra 21 (6d6) bludgeoning damage. If the target is a creature, it must succeed on a DC 15 saving throw or be knocked prone.

Magic Resistance. The huay chivo has advantage on saving throws against spells and other magical effects.

Multiattack. The huay chivo makes three attacks: one with its ram attack and two with its claws.

Gruesome Transformation (1/day). The huay chivo targets one beast it can see of Intelligence 3 or lower within 30 feet of it. The beast must succeed on a DC 17 Charisma saving throw or undergo a horrific transformation. The following changes occur:

Huay chivos are part of the Mesoamerican fantasy campaign setting I’m creating for Patreon, but free for you to use in your own Dungeons & Dragons Fifth Edition campaign settings.