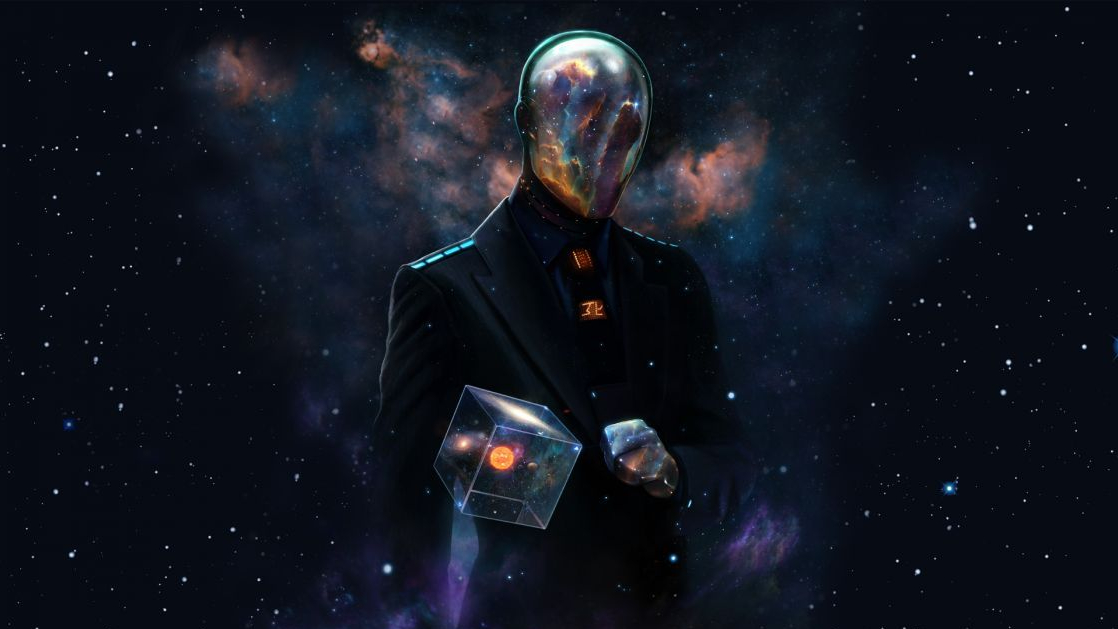 Another Spelljammer addition (original, mind you!), this one comes from another player who had some ideas on what he wanted the class to do. Basically, the race is sentient gas. But how the hell can you make sentient gas work in Fifth Edition without breaking the game?

Probably a little much for a race and there are some considerable disadvantages. Therefore, I think we should first give these things a “containment” suit which they can upgrade. This will work similar to warforged. While “young and inexperienced”, the Jovian race can’t leave its containment suit (unless it’s in the phlogiston) without taking damage. Basically, it can cast gaseous form once per day.

Therefore, here is how I would make our jovian friends:

Your character shares the following traits with other jovian.s

Age. Jovian are born fully mature, created through the fusion of space particles and magic in the phlogiston. They usually live 100 to 120 years when the dissipate into nothingness, eventually rejoining the phlogiston and, in turn, creating new Jovians.

Size. Jovian containment suits are almost always exactly 6 feet high. Were it not for the different embellishments and decorations on their suits, it would be difficult to tell them apart. Jovians in their cloud form are usually 4-5 feet in diameter. As a gas, they are virtually weightless, and their suits typically weigh 30 pounds, although they tend to weight the boots by 40-50 pounds to give them a bit more heft.

Speed. Your base walking speed is 25 feet.

Alignment. Overall, Jovians are good-natured and care for all life. More often than not, they tend towards law and order, although ethically neutral Jovians are nearly as common as lawful Jovians. Jovians created from dark energies may become evil as they mature.

For all intents and purposes, your suit is your physical form outside of the phlogiston and acts as a representation of your physical health; when your suit takes a hit, it translates the damage into damage to your gaseous form, and you take a hit. If the suit is destroyed or heavily damaged (your hit points drop to 0), you risk dissipating (see below).

Gaseous Form. As a non-carbon, gaseous lifeform, you gain a number of unique benefits:

If you willingly exit your containment suit and you are not in the phlogiston, you take 1d4 + 1 necrotic damage at the start of each of your turns as your essence begins to dissipate. While outside of your suit, your only method of movement is a flying speed of 10 feet. You can enter and occupy the space of another creature, however, you cannot manipulate objects, wear equipment, or use weapons, nor can you make attacks. You have resistance to nonmagical damage, and you have advantage on Strength, Dexterity, and Constitution saving throws. You can pass through small holes, narrow openings, and even mere cracks, though you treat liquids as though they were solid surfaces. You can’t fall and remain hovering in the air even when stunned or incapacitated.

If you are in the phlogiston, you automatically maintain your gaseous form without taking damage.

Once your suit is destroyed (your hit points fall to 0), a revivify spell can recombine your form and return you to your suit as long as it is cast within 1 minute of your suit’s destruction. However, other spells that would normally raise creatures from the dead such as raise dead or resurrection have a chance of failing depending on how long it has been since your suit was destroyed. For every day that your suit has been destroyed, there is a cumulative 10% chance that you cannot return from the dead. If 10 days pass and you have not been returned from the dead, only a wish spell or similar magic can bring you back.

Star Trance. When you take a long rest, you must spend at least six hours of it in an inactive, motionless state rather than sleeping. This gives your suit time to repair itself and for your gaseous form to recombine. In this state, you appear inert, but it doesn’t render you unconscious, and you can see and hear as normal.

Mind Over Matter. You are proficient in one of the following skills: Athletics, Acrobatics, or Sleight of Hand. In addition, when you make ability checks using this skill, you can use your Intelligence modifier in place of the normal modifier.

Languages. You can speak, read, and write Common and Jovian. Jovian is a melodic language of tones and chimes that sounds like strange music to non-Jovian listeners.

More Spelljammer on the way!

Some pretty nutty creations so far. But that’s what Spelljammer is all about. Keep on reading to see what other stuff I come up with.

And don’t forget to check out my Patreon for PDFs, requests, and more!