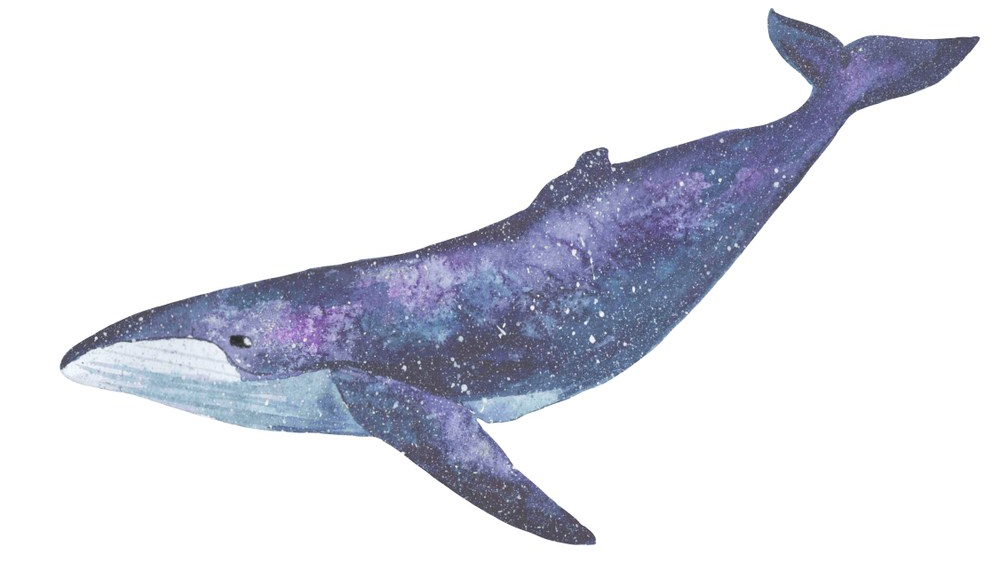 I’m running a Spelljammer campaign, and one of my players wanted to do something outside of the box with his warlock. First, he had me come up with an octopode class. And now I need to make a Great Space Whale patron.

With this particular design, I wanted to stick with the fluff of the Great Dreamer, while offering up some cool features that made for a good control-lock.

At 1st level, a warlock gains the Otherworldly Patron feature. The following Great Dreamer option is available to a warlock in addition to those normally offered.

The Great Dreamer is an enormous spacegoing cetacean that is apparently responsible for the occurrence of whales and other cetaceans, both in space and on worlds with plentiful water. They travel through space in a spherical envelope of airy water, so large that weather patterns occur on its surface, creating the image of an immense elemental whale swimming through the cosmos.

The lucky few warlocks who are awarded the might of the Great Dreamer experience many of the benefits that their cetacean favorites do, including advanced magics involving thunder damage and, eventually, immortality.

The Great Dreamer lets you choose from an expanded list of spells when you learn a warlock spell. The following spells are added to the warlock spell list for you.

Starting at 6th level, you have resistance to cold damage. In addition, you can hold your breath indefinitely.

Also at 6th level, when you cast a spell that deals thunder damage, you can add your Charisma modifier to one thunder damage roll of that spell against one of its targets.

At 10th level, your patron bestows you with the gift of immortality. You suffer none of the drawbacks of old age, you can’t be aged magically, and you make death saving throws with advantage. In addition, if a spell, such as raise dead, has the sole effect of restoring you to life (but not undeath), the caster doesn’t need material components to cast the spell on you.

At 14th level, you can emit a blast of thunderous energy in a 30-foot cone. Each creature in the area must succeed on a Constitution saving throw against your spell save DC or it is stunned until the start of your next turn. Creatures immune to thunder damage automatically pass their saving throws. Once you use this feature, you can’t use it again until you complete a long rest.

Giff, octopodes, and now worshippers of the Great Dreamer. Things are really starting to come around for my Spelljammer setting.