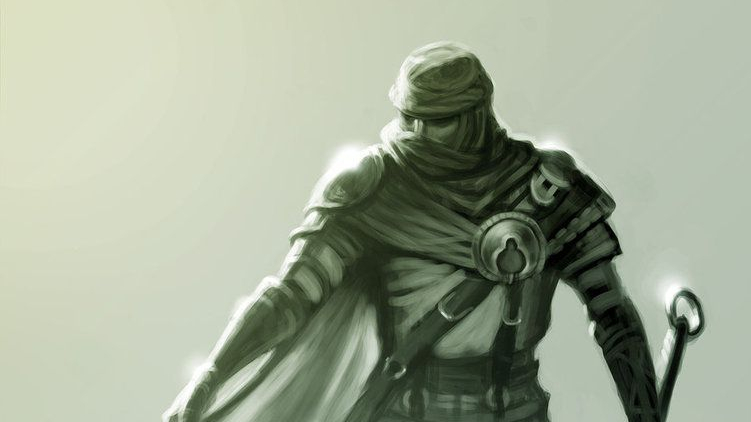 Kelvyn of Urik is a trusted agent for House Stel. He establish deals throughout smaller villages in the Tablelands, often using intimidation and threats to get better deals for Stel. While many of House Stel’s higher-ups see Kelvyn as reckless, he is extremely good at his job and rarely disappoints.

Fancy Footwork. When Kelvyn makes a melee weapon attack against a creature, that creature can’t make opportunity attacks against Kelvyn for the rest of Kelvyn’s turn.

Multiattack. Kelvyn makes four attacks with his scimitars or two attacks with his short bow. Alternatively, Kelvyn can make a single melee weapon attack against each creature within 5 feet of him, making a separate attack roll for each target; he cannot move between the attacks.

Shortbow. Ranged Weapon Attack: +7 to hit, range 80/320 ft., one target. Hit: 7 (1d6 + 4) piercing damage. If the target is a creature, it must succeed on a DC 11 Constitution saving throw, taking 7 (2d6) poison damage on a failed saving throw or half as much damage on a successful one.

Leadership (Recharges after a Short or Long Rest). For 1 minute, Kelvyn can utter a special command or warning whenever a nonhostile creature that he can see within 30 feet of him makes an attack roll or a saving throw. The creature can add a d4 to its roll provided it can hear and understand Kelvyn. A creature can benefit from only one Leadership die at a time. this effect ends if Kelvyn is incapacitated.

Parry. Kelvyn adds 3 to his AC against one melee attack that would hit him. to do so, Kelvyn must see the attacker and be wielding a melee weapon.

Typically, Kelvyn travels with a retinue of 2d6 + 4 Urikite guards, 1d4 + 1 half-ogres (as half-giants), and Alonzo (LN male Urikite human veteran), his right-hand man. Alonzo is mute, having had his tongue cut out by Tsalaxan agents. Unless traveling by war caravan, his retinue is mounted on crodlu with his half-giants riding inixes.

An Urikite guard uses the guard stat block except with the following changes. Urikite guards wear studded leather armor (AC 13) and do not carry a shield. The guard is armed with dual steel scimitars and has a Multiattack action which allows it to make two scimitar attacks per turn. The guard also has the Brave trait which gives it advantage on saving throws against being frightened. The Urikite guard’s challenge rating is 1/4 (50 XP).