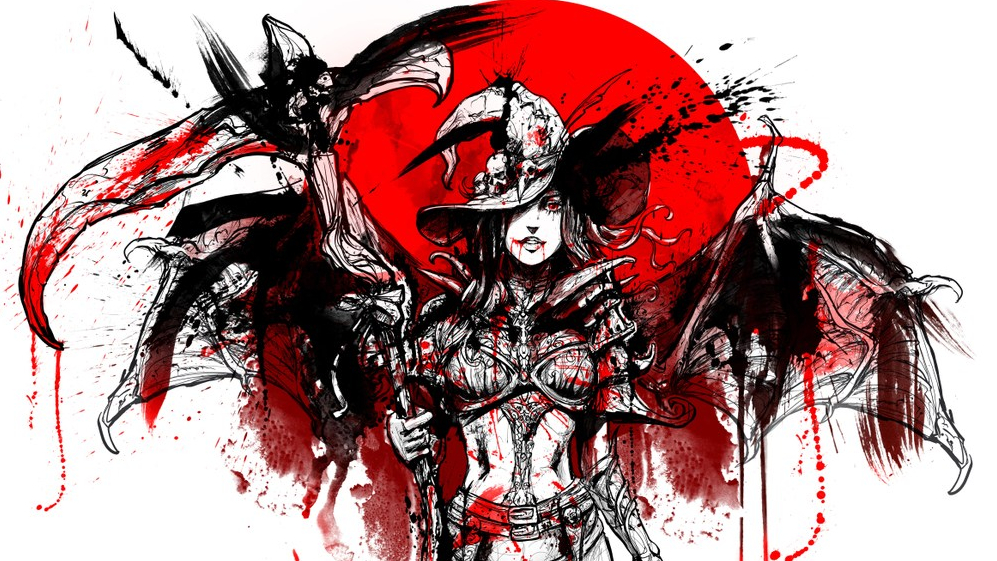 This new sorcerous origin is a preview. The full version can be downloaded for FREE for all patrons tiers on DMDave’s Patreon.

In addition to this subclass, here’s what else you get as a patron:

Tiers start at only $3 per month.

At 1st level, a sorcerer gains the Sorcerous Origin feature. The following Witchborn option is available to a sorcerer in addition to those normally offered.

You can trace your bloodline and ancestry to the fey, usually those of the Unseelie Court. In fact, there may even be hags and other dark spellcasters in your ancestry. This connection to dark magic empowers you with the ability to naturally cast spells. In addition, when you are around others who share similar ancestry, you can combine your spell crafting ability to create more potent effects known as incantations.

Witchborn have varied appearances. Some are staggeringly beautiful, the perfect representation of their parent race. Others have hag-like features such as long, pointed noses, green skin, and even warts; they draw attention to themselves through sheer presence alone.

Starting at 1st level, when you choose this sorcerous origin, you can create simple curses. As a bonus action, you can target one creature that you can see within 60 feet of you. The target must make a Wisdom saving throw against your spell save DC. On a failed saving throw, the target has disadvantage on its next ability check, attack roll, or saving throw.

You can use this feature up to three times, and you regain all expended uses of it when you finish a long rest.

Also at 1st level, your fey blood grants you one of the following features of your choice.

Camouflage. As an action, you can change your appearance to match your surroundings. Until you move or use your action to attack or cast a spell, you have advantage on Dexterity (Stealth) checks made to hide.

Illusory Appearance. You can cast disguise self. Once you use this benefit to cast this spell, you can’t do so again until you finish a short or long rest.

Binding of the Coven

At 6th level, you and two other creatures that possess the Font of Magic class feature that have at least 6 character levels can form a coven. To form a coven, you and the two creatures conduct an 8-hour long ritual together and spend 250 gp which represents the cost material components used in the ritual. The creation of the coven is completed at the end of the 8 hours, giving you and any other members of the coven that have the Binding of the Coven trait access to the Coven Magic feature detailed below.

If one member of the coven leaves or dies, the coven is automatically disbanded and you and the other members of the coven no longer have access to Coven Magic. You can create a new coven by spending another 8 hours and 250 gp with creatures that meet the requirements.

An individual witch is powerful but a coven of witches can be downright unstoppable. At 6th level, you can perform Coven Incantations, detailed below. Coven incantations require you and the members of your coven to spend sorcery points each time you perform the incantation.

Once you use your action to perform an incantation, you cannot perform another incantation until you complete a short or long rest. However, you may still participate in the performance of another member of your coven’s incantations.

Whenever you learn a new incantation you can also replace one incantation that you already know with a different incantation.

Spells cast this way are always cast at the lowest possible level; additional sorcerer points cannot be spent to increase the spell’s level. You may not use metamagic to alter spells created through your coven incantations.

The incantations are presented in alphabetical order. If an incantation requires a level, you must be that level in this class to learn the incantation.

The Change. Your coven can spend 6 sorcery points to cast polymorph.

Get the rest of this subclass when you become a Patron.

Want the rest of this subclass? Become a patron! Tiers start at only $3 per month.