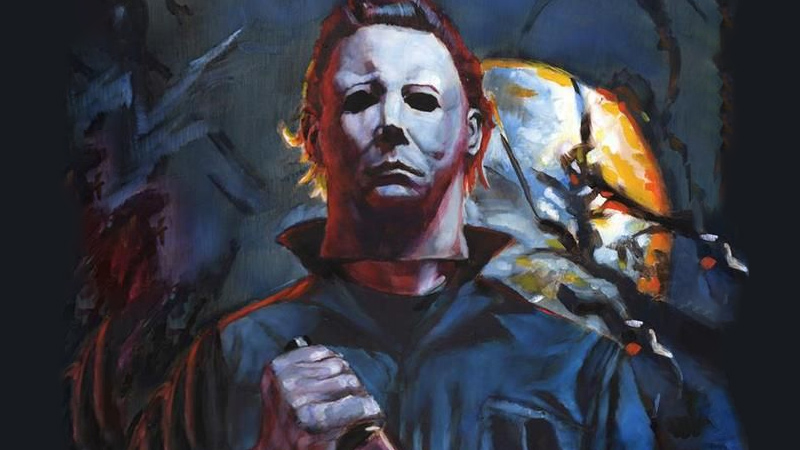 In the spirit of Halloween (and the movie Halloween is currently the #1 movie in America), I decided to cook up stats for that ol’ ’70’s horror icon, Michael Myers.

Michael Myers is a fictional character from the Halloween series of slasher films. He first appears in John Carpenter’s Halloween (1978) as a young boy who murders his sister, Judith Myers, and then, fifteen years later, returns home to Haddonfield to murder more teenagers.

Michael Myers is characterized as pure evil. The mask Michael Myers wears is a Captain Kirk mask which was painted white.

Note: Michael Myers is an unusually persistent, but very human serial killer in the H2O/Resurrection and 2018 timelines, with only the 4-6 and alternate 4-6 timelines as a genuine supernatural killer. The 5e stats here are for the human version, not the supernatural version.

Assassinate. During Michael’s first turn, he has advantage on attack rolls against any creature that hasn’t taken a turn. Any hit Michael scores against a surprised creature is a critical hit.

Insane. Michael has advantage on saving throws against becoming charmed and frightened.

Slip Into the Shadows. On each of his turns, Michael can use his bonus action to take the Hide action.

DMDave is Now on Patreon!

Today kicks off the start of my Patreon page where even more great content will appear including full adventure settings released each month.

Each patron that signs up gets to make a suggestion for a monster, adventure, or player option.

Check it out now! DMDave on Patreon