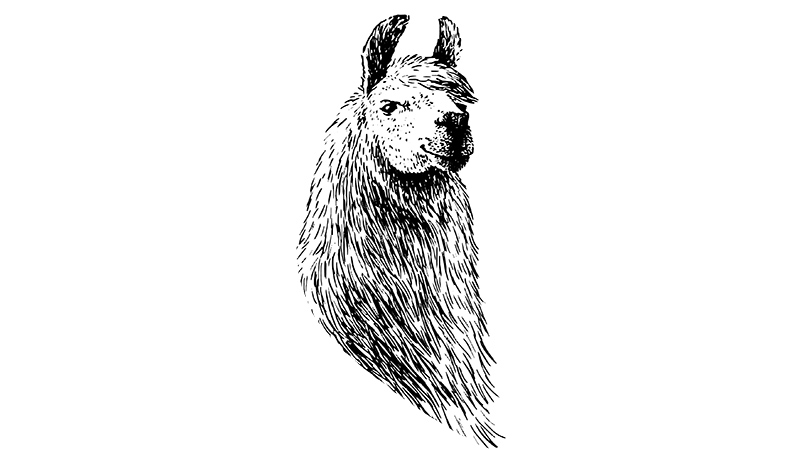 High up in the mountains in the deep Surlands of Biru live a race of gentle, rural folk known by the Mexjicanos as yamas, or llamafolk. These llama humanoids live alongside the Biruvians and are semi-nomadic, traveling from the edges of the eastern rainforests of the Amassona all the way to the Antisuyo crests bordering the Mar Siempre.

Most yamas are friendly traders and peaceful shepherds. They are accepted by the other native Biruvians humanoids (notably, the Quechua people). Rarely, if ever, do conflicts spring up between yamas and other western-living Gente del Sur.

Yama leaders are those who’ve proven themselves in small fights against other dominant yamas. Often, the fights are overly dramatic, more for show than anything, and the winner of the combats are usually those who put on the best showings.

Sherpa. The yama is considered to be a Large humanoid for the purpose of determining its carrying capacity.

Sure-Footed. The yama has advantage on Strength and Dexterity saving throws made against effects that would knock it prone.

Hope you liked this entry here on the blog for yama (llamafolk)!

If you didn’t already know, I’ve got a Patreon that started up just yesterday. There, you’ll find exclusive content from the blog including a playable version of this monster for Dungeons & Dragons Fifth Edition.