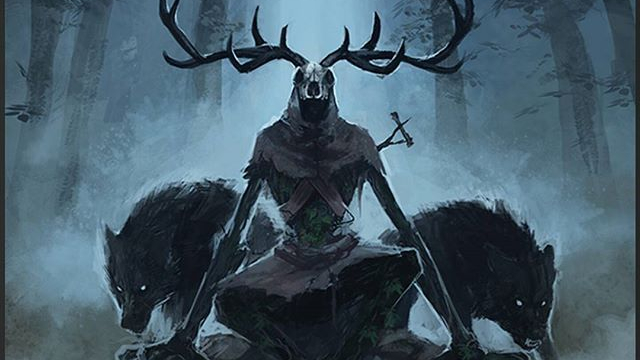 The Monster of the Week Format

A mysterious supernatural murder occurs. The main characters are called in–or possibly even there when it occurs–and have to figure out what’s going on. Sooner or later, they learn what they’re dealing with and devise a plan to stop the monster. The episode ends with the characters narrowly defeating the creature.

Sound familiar? This trope is known as “Monster of the Week.” And it’s nothing new. This style dates all the way back to pulp magazines and novels from the 1930s and probably earlier. You’ve seen it on shows like Doctor Who, Supernatural, and even The Flash.

Obviously, it’s all a formula, but it’s one that people can trust. And for Fifth Edition campaigns, it’s the perfect set-up for a series of self-contained adventures.

How to Create a Monster of the Week Campaign

If you’re interested in creating a series of campaign adventures that follow the Monster of the Week format, then use this checklist to put all the elements you need into play. This checklist is sometimes referred to as a “premise” or “series bible.”

Decide on the Formula

First, you need the basic idea behind your campaign. Think of it as an “elevator pitch”; create just a couple sentences that give the gist of what the characters will do each episode. Here are a few popular examples:

Generally speaking, the Monster of the Week campaign setting is an open-ended one. The main characters keep performing the same job from week to week. There will always be a need for someone to perform this task, and for now, it’s the characters who do it.

Choose a Theme and Tone

No two Fifth Edition campaigns are the same, and that’s true, too, for Monster of the Week settings. The biggest elements that help differentiate campaign settings are theme and tone.

Theme is the central idea that the campaign explores. The theme can be expressed in many different ways. It can be a pair of opposed ideas (good vs evil), a statement (“it is my responsibility to help those in need”) or a question (“am I the one responsible for this disaster?”)

Meanwhile, the tone is the mood you want to establish. Is the campaign lighthearted romp (chock full of bad puns and inappropriate jokes) or is it a disturbing, psychological horror setting? Of course, plenty of shows flip-flop between multiple tones (see change-of-pace adventures below). Don’t be afraid to experiment.

Once you know the familiar “set pieces” for your campaign setting, employ elements that help bring it to life. This can be as simple as using miniatures or monster tokens that properly invoke the feel of the campaign, or it can be as thorough as using music, slide decks, and other cool atmospheric elements.

After you have the campaign setting mapped out in your mind, make sure that the players understand it so that they can create setting-appropriate characters. This doesn’t mean imposing limitations, of course. But you should definitely work alongside your players to build this shared storytelling environment.

For example, if you are running a Gothic Monster Hunters campaign, the characters should play characters who would work well against the threats they will face. Clerics are usually effective against the undead, and melee combatants are perfect against beasts and monstrosities. Even a diviner wizard or ranger can help the group track down monsters.

Furthermore, the characters may even want to tie their backgrounds and stories to the setting itself. Why do these characters do what they do? Were their parents killed by a demon when they were young? Is one of the characters a time-traveling rogue who recruited a gang of companions to assist in his or her adventures? Or maybe the characters were workers in the lab whose own physical forms were affected by the same event that created the monsters?

Remember: the best campaign settings are the ones that the characters are invested in. Nobody wants to play a tourist. Work together!

The plot hooks (or adventure hooks) are what drive the characters to do the things they do. For the Monster of the Week episodic format, there are three classic types of plots: stand-alone, continuity, and change-of-pace.

A continuity adventure (or mythology episode, as it’s sometimes referred to) introduces or advances an ongoing storyline that runs throughout the lifetime of the campaign setting. This is where regularly recurring villains or overarching themes pop up. Usually, these types of adventures can be interwoven with stand-alone adventures, too.

Once the formula is fully established, a change-of-pace adventure shakes up the campaign setting by altering the formula in new, interesting ways. For example, the characters could wake up and find themselves in a totally new plane of existence. Or the characters might befriend a drunk, singing unicorn–despite the campaign previously having a mostly serious tone.

Use change-of-pace adventures sparingly. Too much can be jarring. And while these adventures can play into the overarching themes and continuity, it’s best if the temporary change in formula starts and ends with the adventure itself.

After you create the chart, you’re in no way beholden to that exact format. However, creating such a chart helps you better prepare and predict the course of the overall campaign.

If you’re a big fan of TV shows, then you probably already know that most show episodes have a pretty common format that each episode follows.

Here are those parts broken down:

Usually, this occurs just before the opening credits, but this is the hook of the story. For a murder mystery, this is the first victim that turns up (think of the jogger that finds a body in the woods trope). A continuity episode might drop a major revelation that propels the characters forward (“your father… he’s still alive!“) It might even introduce the villain right from the start.

Often, television shows are divided into four segments. Three of the segments further develop the adventure’s primary storyline, each usually ending with a cliffhanger; this is the body of the episode. The cliffhanger is a major revelation revealing an even bigger challenge. This could even be a twist: “the killer was actually the owner of the flower shop!”

The fourth segment builds to the climax in which the heroes solve (or don’t solve) the central problem. By this point, the characters know exactly what happened and must now work to prevent such an occurrence from happening again.

For your Gothic Monster Hunters campaign, you might have the following structure.

Teaser. The characters are called in to investigate a withered body. They learn, however, that the body was a regular person walking around the day before. What could have made it look so decrepit so fast?

Segment 1. Another body is found, with seemingly no connection to the first body. It, too, has had all of vigor drained away. What did these two bodies have in common?

Segment 2. After performing some research, the characters believe that the culprit might be a Strength-draining shadow. But why is the shadow is targetting two totally different people? And who is controlling the shadow?

Segment 3. A third person–possibly even a close friend of the group or one of the characters themselves–is attacked by the shadow. Around the same time, the characters figure out that each of the victims purchased food at a local tavern just before they were attacked. Is someone at the tavern behind it?

Finally, the characters battle the necromancer and her shadows, putting a stop to the murders.

If you decide to go with the Monster of the Week format, remember that you and your players are in no way restricted to this structure. Always do what’s best for your players and yourself.  Ultimately, these rules are suggestions and aren’t limitations.

Some other things to remember:

Using the epic encounter rules later in this issue, you can develop episodic campaigns that involve the characters researching, tracking, and hunting epic monsters. While the challenges are certainly more dangerous, a campaign like this rewards characters who carefully plan their encounters and works well with the overall episode format.