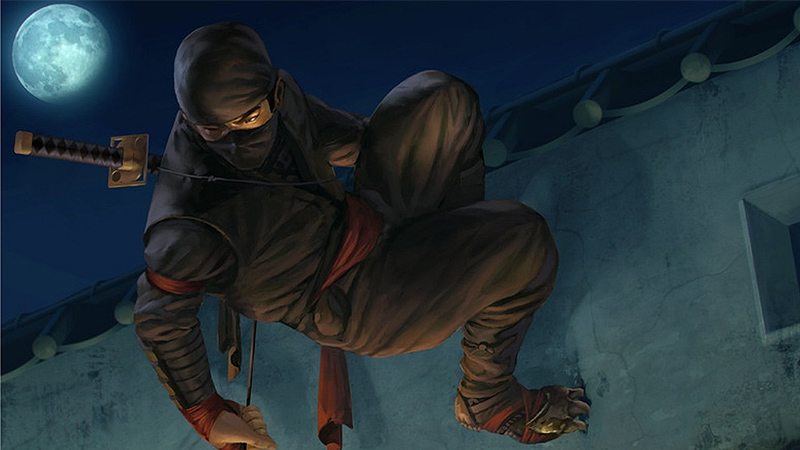 Ninjas are members of a secretive ninja clan, the head of which holds absolute authority over the ninja’s life and death. They are sworn to secrecy to protect the identities of their clan members and must never reveal that they are a ninja. While some ninja are little more than assassins, true ninjas are masters of exotic weapons, tools of stealth, and strange ki powers.

Despite their inclination to evil, ninjas believe strongly in a code of honor, and risk offending their family (and earning a death sentence) if they break that code of honor.

How do ninjas fight?

Ninjas are masters of stealth, and will often attack under cover of darkness. Whenever possible, they coat their weapons in poison to ensure death even after combat is long over.

Groups of ninjas are lead by high ninjas. High ninjas are generally highly-experienced ninjas with great individual skill who serve as military captains. Experienced high ninjas are often sent on the most dangerous missions. They may also carry out these missions alone. In fifth edition Dungeons & Dragons, high ninjas have the same stat block as the assassin and are always lawful evil.

The high ninja also has the option to use a flying guillotine.

A flying guillotine resembles a hat or flattened dome with a bladed rim and a long chain or cord attached to the weapon’s top. It can be held by the top of the dome, allowing it to be used as a melee weapon or thrown like a flying buzzsaw. However, its deadliest application is its ability to be thrown onto a victim’s head, whereby a tug of the chain would release the rim from the main body and envelop the head in a silken trap before a second tug triggered a set of blades hidden in the interior of the rim to close shut and decapitate the target.

In Dungeons & Dragons Fifth Edition, a flying guillotine is a martial melee weapon (50 gp) that deals 1d6 slashing damage, weighs 4 lbs, and has a reach of 5 ft. or can be thrown with a range of 5/15 ft. Instead of dealing damage, the guillotine’s wielder can choose to use the guillotine to grapple the target if it is a Small or Medium creature. While a target is grappled by the flying guillotine, the target is blinded. In addition, the guillotine’s wielder can use its bonus action to force the target to make a DC 12 Constitution saving throw or take 5d6 slashing damage on a failure or half as much damage on a success. The target dies if this weapon property reduces the target to 0 hit points. The flying guillotine has no effect on creatures that are formless, or creatures that are Large or larger and only one creature can be grappled by the flying guillotine at a time. A creature can use its action to make a DC 10 Strength or Dexterity check, freeing itself or another creature within its reach on a success. When a creature uses an action, bonus action, or reaction to attack with a flying guillotine, it can make only one attack regardless of the number of attacks it can normally make.

Assassinate. During its first turn, the ninja has advantage on attack rolls against any creature that hasn’t taken a turn. Any hit the ninja scores against a surprised creature is a critical hit.

Shortsword. Melee Weapon Attack: +4 to hit, reach 5 ft., one target. Hit: 5 (1d6 + 2) piercing damage. If the target is a creature, it must make a DC 11 Constitution saving throw, taking 10 (3d6) poison damage on a failed save, or half as much damage on a successful one.

If you like these ninjas or the blog, be sure to share it by clicking one of the buttons below!