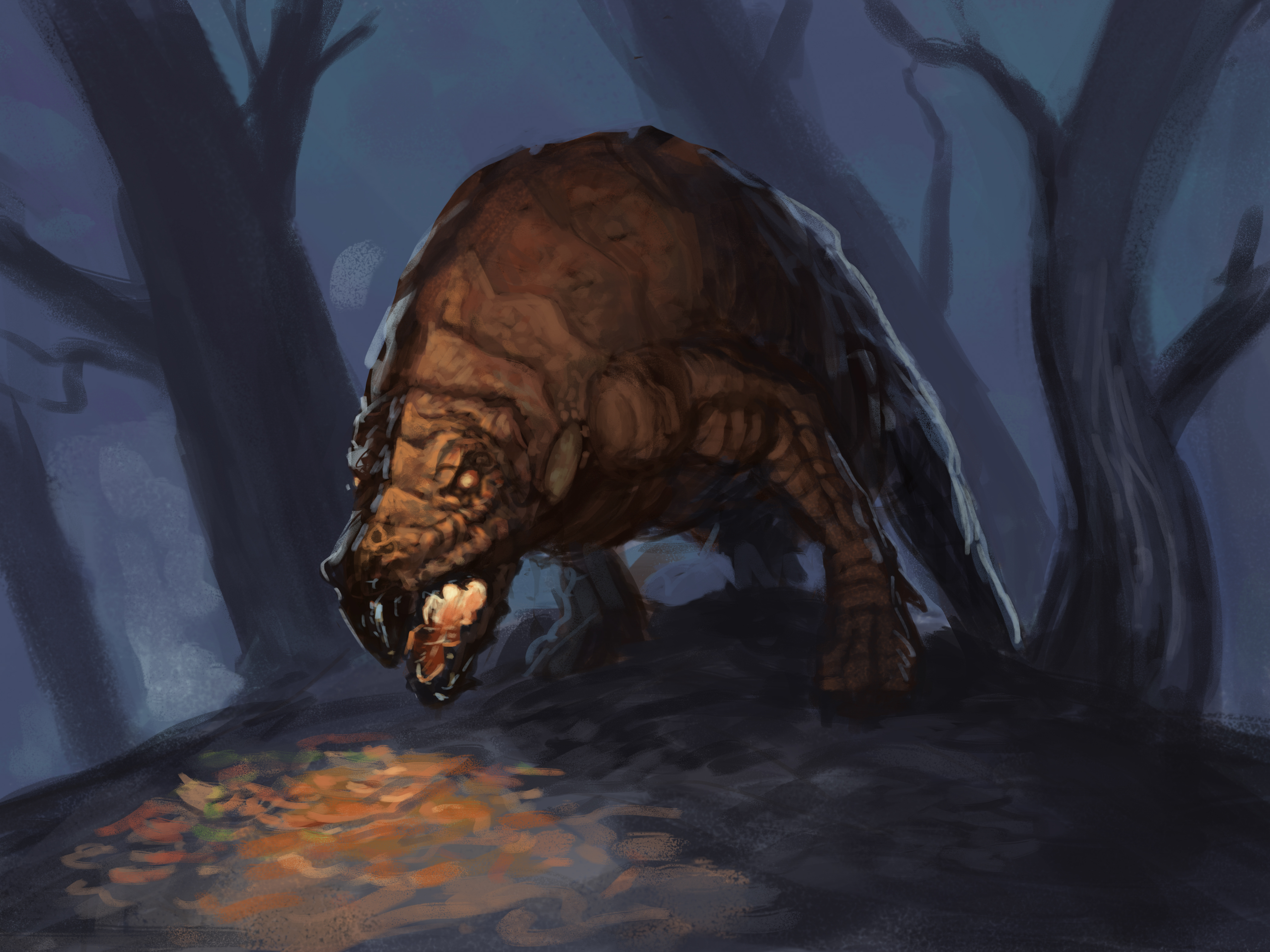 Krigs are spider-humanoids that originate from the Weysevain Maze and, by extension, the town of Orbea in Central Omeria. Intelligent and clever, thanks mostly to their connection to their diety-progenitor Matriarch and all other krig, they quickly positioned themselves as assets throughout most of the continent. Their overall numbers are much lower than the other major humanoid races of Omeria, and it’s rare to find one more than 1,000 miles from the Maze at Orbea.

Expert Climber. The krig has advantage on ability checks made to climb.

Innate Spellcasting (1/Day). The krig’s innate spellcasting ability is Intelligence. It can cast the spell augury without requiring material or somatic components.

Keen Sight. The krig has advantage on Wisdom (Perception) checks that rely on sight.

Multiattack. The krig makes two attacks with its scimitar.

Having emerged from the Obsidian Plain as dangerous, fire-breathing predators, the nomads of southern Omeria learned to train these massive creatures for us as beasts of burden. Most are muzzled while they are working to avoid their nasty fire breath.

Breathe Fire (Recharge 6). The thornfoot exhales fire in a 30-foot line that is 5-feet wide. Each creature in the area must make a DC 13 Dexterity check. A creature takes 17 (5d6) fire damage on a failed saving throw, or half as much damage on a success.

See these creatures in PDF form on Patreon

Both of these monsters show up in the 35-part adventure path, the Hand of the Eight. Check it out on Patreon—it’s only $1 to get the entire series!