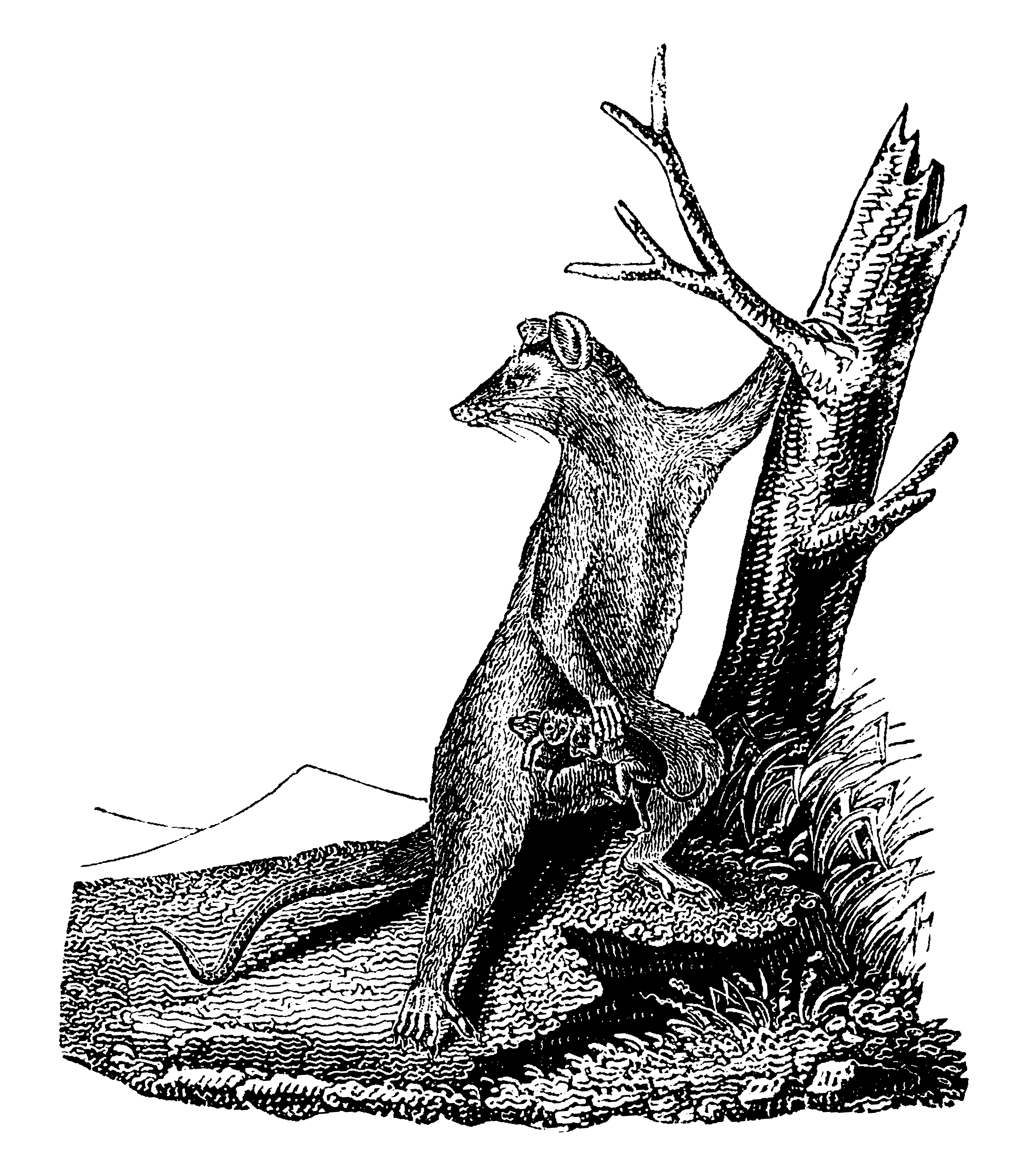 Humanoid possums are known simply as possomfolk by the other races or waba-animoosh by in the opossum tongue. Possomfolk are rarely seen in major humanoid cities, preferring to live far from humans and elves. However, they do intermingle with gnomes, halflings, and wood elves, as well as the fey.

Get this race option plus over 70 more articles as PDFs for only $3!

While there are many possomfolk who live in underground burrows, most possomfolk are arboreal creatures, living high in trees away from dangerous predators. The more “civilized possomfolk” live among wood elves, as well, symbiotically making their homes within tree-borne wood elf communities.

Possomfolk tend to live in dangerous environments. Their young are easy prey for predators and their adults have shorter lifespans akin to goblins and kobolds. At an early age, possomfolk learn that death is a constant threat. As a defense, young possomfolk learn to take on the appearance of death to ward of predators, projecting the sights and even smells of a corpse as a way to defend themselves.

A possomfolk’s name usually defines a well-known characteristic of the individual. Due to a low life-expectancy for most possomfolk, many aren’t named until they reach maturity. Before maturity, they are given names representative of their parentage, ie Suma’s Third

Age. Possomfolk physically mature much faster than most races, reaching full maturity within their first two years. A possomfolk’s second birthday is seen as its “Survival Day”, where the possomfolk’s likelihood of surviving into old age greatly increases. Old age for possomfolk is generally 40 to 50 years.

Alignment. Possomfolk have no interest in law, nor do they act overtly chaotic. Generally, possomfolk are good-natured, albiet paranoid and distant from other non-possomfolk creatures.

Size. Possomfolk are roughly the same size as gnomes, standing between 3 and 4 tall, weighing no more than 40 pounds. Your size is Small.

Speed. Your base walking speed is 25 feet and you have a climbing speed of 25 feet.

Darkvision. Most possomfolk are nocturnal, spending their night hunting and traveling. They also make their home in underground burrows. You can see in dim light within 60 feet of you as if it were bright light, and in darkness as if it were dim light. You can’t discern color in darkness, only shades of gray.

Playing Possum. When you must make a saving throw against being frightened, you can use your reaction to “play possum.” When you do, you automatically pass your saving throw. You then fall prone in your space and you are paralyzed until the start of your next turn. While paralyzed, you appear to be dead. If a creature wishes to target you with an attack or harmful spell while you are in this state, it must make an Intelligence (Investigation) check contested by your Charisma (Deception) check. If the creature’s check fails, it must choose a new target or lose the attack or spell. Once you use this trait, you can’t use it again until you complete a short or long rest.

Prehensile Tail. Your tail can hold small objects and wrap itself around things like tree branches or poles.  Your tail has a reach of 5 feet, and it can lift a number of pounds equal to five times your Strength score. You can use it to do the following simple tasks: lift, drop, or hold an object or a creature; open or close a door or a container; or grapple someone. The GM might allow other simple tasks to be added to that list of options. Your tail can’t wield weapons or shields or do anything that requires manual precision, such as using tools or magic items or performing the somatic components of a spell.

Keen Smell. You have advantage on Wisdom (Perception) checks that involve smell.

Languages. You can speak, read, and write Common and Opossum. Opossum is a strange language made of many clicks, chitters, and squeals. Most other creatures find it difficult to learn and listen to.