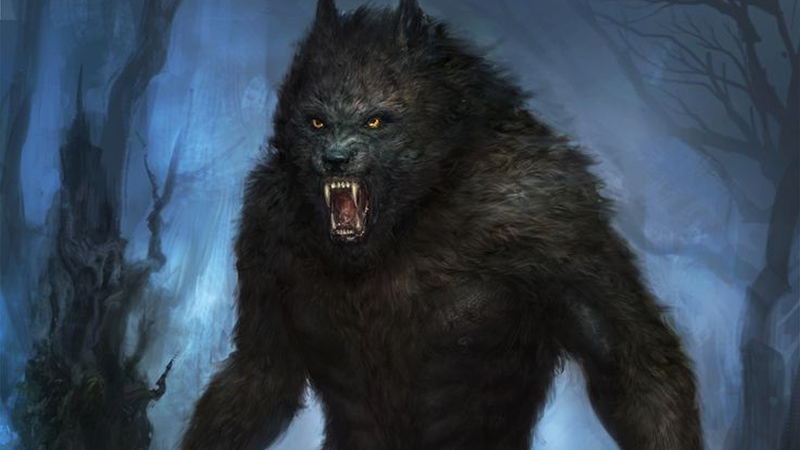 The wolfwere is an evil and hateful creature that delights in the brutal slaying of humans and demihumans alike. In many cases, the wolfwere is able to attack its victims with utter surprise because of its ability to assume the shape of a human of exceptional charisma.

The wolfwere is able to assume a wide variety of shapes at will. The transformation from one form to another takes only a single round. Its true shape and that in which it prefers to spend the vast majority of its time is that of a large wolf. When in this state, it is almost indistinguishable from a dire wolf.

When a wolfwere is attempting to lure humans or demihumans into an ambush, it will assume the shape of a member of their race. Almost without exception, the new persona will not be of the same sex as the potential victim. Thus, a wolfwere which is stalking a male elf will transform itself into a female elf. In all cases, the newly disguised wolfwere will have exceptional physical beauty.

The wolfwere is generally fairly solitary in nature. When encountered in the wild, it is rare that more than three of these creatures will be found. In almost all cases, encounters with more than one wolfwere will be with a mated pair or a group which has decided to work together to increase the success of their hunting.

There is a great chance that any encountered wolfwere will be running with a pack of wild wolves. In such cases, the animals will usually be worgs. If they are not worgs, they will be common wolves. In all cases, the influence of the wolfwere will make the creatures far more vicious and evil than they might normally be.

Despite their fondness for wolves and worgs, wolfweres loathe the company of werewolves. The enmity between these two monsters is so great that they will often attack each other on sight.

Damage Immunities bludgeoning, piercing, and slashing from nonmagical attacks not made with iron weapons

Shapechanger. The wolfwere can use its action to polymorph into a wolf-humanoid hybrid or into a humanoid, or back into its true form, which is a large wolf. Its statistics are the same in each form. Any equipment it is wearing or carrying isn’t transformed. It reverts to its true form if it dies.

Keen Hearing and Smell. The wolfwere has advantage on Wisdom (Perception) checks that rely on hearing or smell.

Pack Tactics. The wolfwere has advantage on an attack roll against a creature if at least one of the wolfwere’s allies is within 5 feet of the creature and the ally isn’t incapacitated.

Spellcasting. The wolfwere is a 6th-level spellcaster. Its spellcasting ability is Charisma (spell save DC 14, +6 to hit with spell attacks). It has the following bard spells prepared:

Song of Lethargy (Humanoid Form Only). The wolfwere absent-mindedly strums its instrument. Any creature within 60 feet of it that can hear it, must succeed on a DC 14 Wisdom saving throw or become magically charmed. While charmed in this way, the target can’t use reactions, its speed is halved, and it can’t make more than one attack on its turn. In addition, the target can take either an action or a bonus action on its turn, not both. These effects last for 1 minute. A target can repeat the saving throw at the end of each of its turns, ending the effect on itself on a success. If a creature succeeds on its saving throw or the effect ends for it, the creature is immune to the wolfwere’s Song of Lethargy for 24 hours.