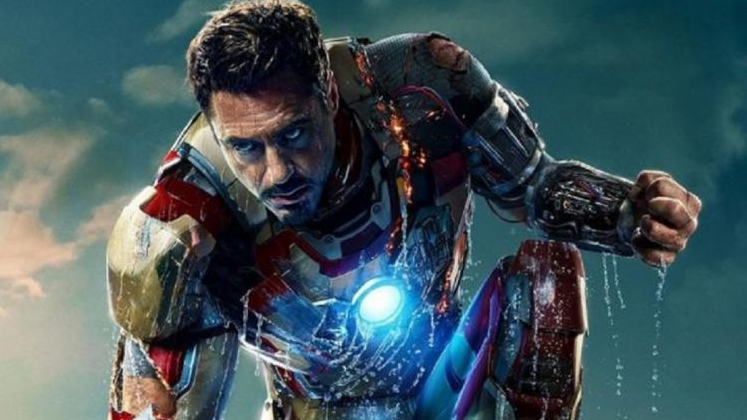 Anthony Edward “Tony” Stark was a billionaire industrialist, a founding member of the Avengers, and the former CEO of Stark Industries. A brash but brilliant inventor, Stark was self-described as a genius, billionaire, playboy, and philanthropist. With his great wealth and exceptional technical knowledge, Stark was one of the world’s most powerful men following the deaths of his parents and enjoyed the playboy lifestyle for many years until he was kidnapped by the Ten Rings in Afghanistan while demonstrating a fleet of Jericho missiles. With his life on the line, Stark created an armored suit which he used to escape his captors. Upon returning home, he utilized several more armors to use against terrorists, as well as Obadiah Stane who turned against Stark. Stark enjoyed the fame that came with his new secret identity and decided to share it with the world, publicly revealing himself as Iron Man. (Source: Iron Man Fandom.)

The armor described below is Iron Man’s Mark VII armor (circa the first Avengers). If you’d like a PDF version of the armor’s stat block, it’s available to all patrons. It’s only $3 to become a patron.

Get the PDF version of the power armor.

Creature Capacity 1 crew whose Intelligence score is 12 or higher

Artificial Intelligence. The crew wearing the suit gains a +10 bonus to all Intelligence ability checks and Wisdom (Perception) checks and darkvision out to 120 feet. Also, the crew can use its bonus action to operate one of the armor’s protocols. If the armor’s faceplate or arc reactor are destroyed, this feature ceases to function. Protocols work similarly to spells and spellcasting. The artificial intelligence’s protocol ability is Intelligence (save DC 18, +10 to hit with spell attacks). It can use the following protocols, requiring no components:

On its turn, the armor can take 3 actions, choosing from the options below. If the armor’s arc reactor is destroyed, the armor can only take 1 move action or 1 attack action.

In addition, the iron man armor can take 3 legendary actions, choosing from the same options (controlled by AI). It can’t take legendary actions if it has no crew or its arc reactor is destroyed.

Artificial Intelligence. The armor uses one of the faceplate’s protocols.

Fire Repulsors. The armor can use its arc reactor to fire its repulsors twice.

Fly. The armor can use its arc reactor to fly with its repulsors.

Missile Launchers (5/Day) (Costs 2 Actions). The armor can use its faceplate to fire the missiles hidden in its body armor.

Unibeam (1/Day) (Costs 3 Actions). The armor can use its arc reactor to fire its unibeam.

Special Attack: Missiles: The crew targets a point that it can see within 300 feet of the armor. Upon impact, the missile explodes in a 10-foot radius sphere centered on the point. Each target in the area must succeed on a DC 17 Dexterity saving throw, taking 21 (6d6) fire damage on a failed saving throw, or half as much damage on a successful one.

Hit Points 100 (damage threshold 10; attacks made against the arc reactor are made at disadvantage)

Special Attack: Unibeam: The crew targets one creature or object it can see within 120 feet of the armor. The target must succeed on a DC 17 Dexterity saving throw, taking 49 (14d6) force damage on a failed saving throw or half as much damage on a successful one.

AI Assistance. Tony is in constant contact with an artificial intelligence system that he can access via a watch, earpiece, or sunglasses. While connected, Tony gains a +10 bonus to all Intelligence ability checks and Wisdom (Perception) checks. Also, he can use his bonus action on each of his turns to operate one of the AI’s protocols. Protocols work similarly to spells and spellcasting. The artificial intelligence’s protocol ability is Intelligence (save DC 18). It can use the following protocols, requiring no components:

Arc Reactor. Tony has an arc reactor embedded in his chest that keeps him alive. If Tony is hit by a critical hit or his hit points are reduced to half or less, he must make a DC 11 Constitution saving throw. On a failed saving throw, Tony is incapacitated.

Legendary Resistance (3/Day). If Tony fails a saving throw he can choose to succeed instead.