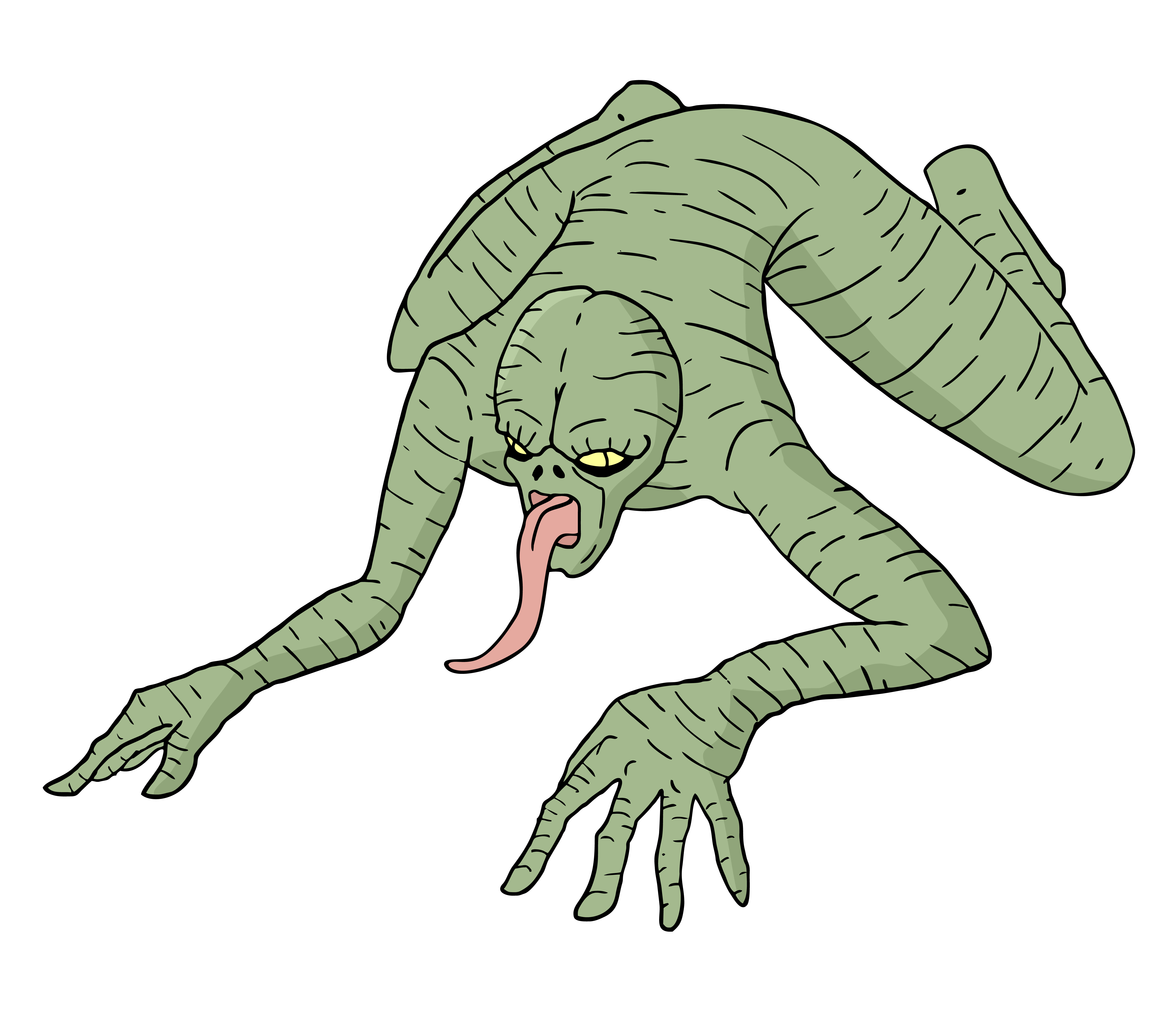 The Serpent Men are humanoid reptiles who possess the head of a snake. They are magical creatures with many abilities, but the one they use most commonly is their ability to cast illusions upon themselves in order to appear as a regular human. According to some legends, the spirit of a mortal killed by a Serpent Man becomes his slave upon death.

Scions of the Great Serpent. Originally created by the Great Serpent, who was actually the Great Old One Yig, the Serpent Men were birthed into this world in aeons past. Building a mighty empire, this first civilization fell with the rise of the dinosaurs over 225 million years ago. Much later, a mere 20,000 years ago, the Serpent Men rebuilt their empire and ruled over the human race, but were eventually toppled by their slaves in a long war. They then proceeded to infiltrate human society where they again ruled their former servants, but this time from behind the scenes. Ultimately, they were discovered and cast out again, and thus the Serpent Men passed from reality into legend.

Modern Serpent Men. From the overworld, the remnants of the defeated civilization migrated to the cavern of Yoth beneath K’n-yan in modern-day North America. Slowly rebuilding their society, the Serpent Men this time brought about their own downfall by abandoning their worship of Yig in favor of another Great Old One known as Tsathoggua. Seeing this, Yig cast down their cities and laid a curse on the Serpent Men, forcing them to flee their new home and scatter across the globe.

Get this in PDF form + 1 Patreon Exclusive monster.

Not only do you get the Serpent Man in PDF format, but it’s paired with another monster: the Serpent Man, Warlock of Yig. Plus, you get another 95+ PDFs when you become a patron with new ones every day.

Get the Serpent Man Warlock when you become a patron.

Not only do you get the Serpent Man in PDF format, but it’s paired with another monster: the Serpent Man, Warlock of Yig. Plus, you get another 95+ PDFs when you become a patron with new ones every day.