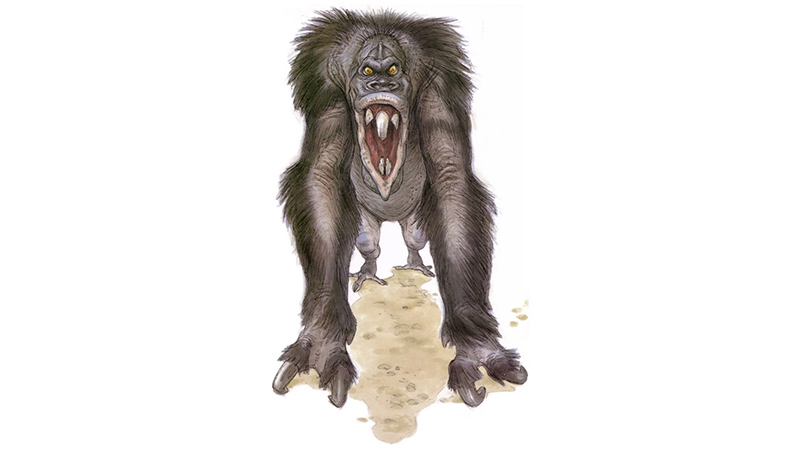 According to the legend, sisimite is a horrible monster that is described as a Sasquatch or Yeti lookalike.

Sisimites are large, apelike creatures with long hair and strong arms. They live deep within the forests of the northernmost parts of the Amassona and in the foothills of the Antisuya. Rumor has it that sisimites only leave their forests and caves to search for humanoid women to kidnap.

Despite its primitive appearance, sisimites actually possess a cruel intelligence and limited psychic ability. They utilize a maddening gaze that stuns its victims, leaving it open for the sisimite to kidnap… or crush.

Madness Gaze. The sisimite targets one creature it can see within 30 feet of it. If the target can see the sisimite, the target must succeed on a DC 12 Intelligence saving throw against this magic, or take 10 (3d6) psychic damage and then be stunned for 1 minute, unless it is immune to psychic damage. The target can repeat the saving throw at the end of each of its turns, ending the effect on itself on a success. If the target’s saving throw is successful, or if the effect ends on it, the target is immune to the Madness Gaze of all sisimites for 1 hour.