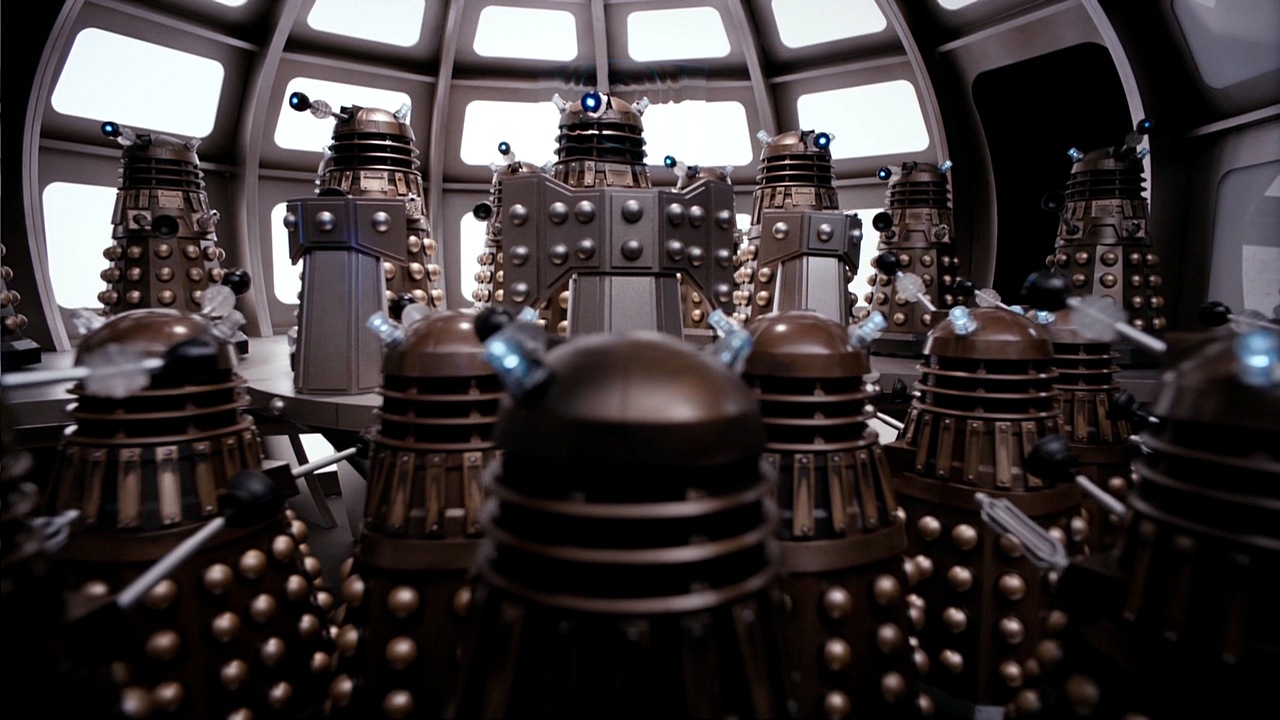 Special bonus today as not only have I created the Daleks from Doctor Who for you to use in your Fifth Edition campaigns, but I’ve also made a video of that shares the creative process. Enjoy!

The Daleks were a warrior race made up of genetically engineered mutants belonging to fundamental DNA type 467-989 who were originally from the planet Skaro. The mutants were usually encased inside armor consisting of polycarbide and the metal Dalekanium.

On many occasions, the Daleks openly acknowledged a single Time Lord, the Doctor, as their greatest enemy. The Doctor described them likewise, and, in their tenth incarnation, stated that a Dalek was “not just metal, it [was] alive,” that “inside that shell, there [was] a creature born to hate, whose only thought [was] to destroy everything and everyone that [wasn’t] a Dalek, too.” The Tenth Doctor also noted that from birth, the Daleks were encased in a cold metal shell unable to feel anything, claiming that was why they “scream[ed].” The War Doctor also said that Daleks were “not robots”, but “savage, incredibly intelligent, living, breathing creatures housed inside a war tank”.

The Daleks fought the Time Lords in the Last Great Time War, ending in the near-total destruction of the Dalek race until they rebuilt their empire by using a progenitor. Intensely xenophobic and bent on universal domination, the Daleks were hated and feared throughout time and space. Their goal was to eradicate all non-Dalek life, as programmed by their creator.

“Exterminate!” Once per turn, the Dalek can deal an extra 7 (2d6) damage to a creature it hits with a weapon attack if the Dalek is within 5 feet of one of its allies that isn’t incapacitated.

Multiattack. The Dalek makes two attacks with its gunstick.

Thumbnail art from BBC. Flavor text from Doctor Who Fandom.

2 thoughts on “Stat Anything – Daleks | New Monster for Fifth Edition”