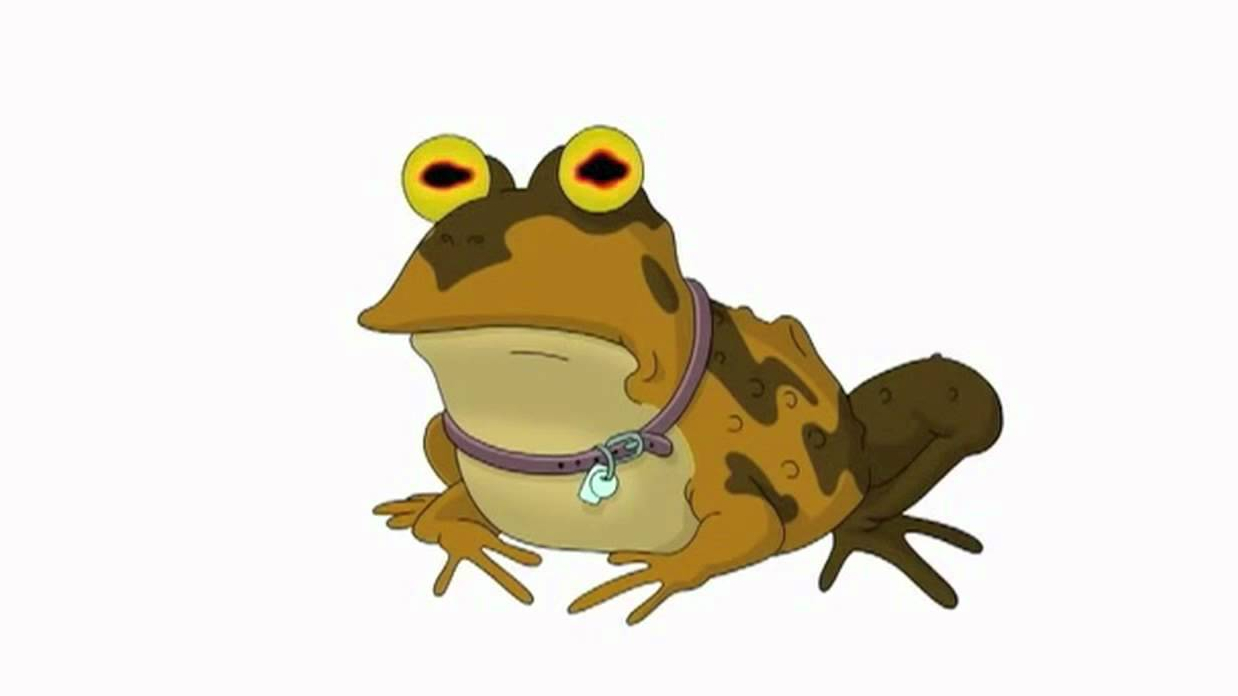 Hypnotoad is a large toad-like creature that has large oscillating multicolored eyes and emits a droning hum. His eyes glow all the time. The toad apparently uses these as a power of hypnotism on surrounding people and animals. Hypnotoad hypnotizes sheep into a pen at a pet contest and then hypnotizes the judges and the audience into awarding it first prize. He is also known to hypnotize crew workers into committing suicide when his show is interrupted and to hypnotize people into writing internet articles about ALL GLORY TO THE HYPNOTOAD.

Amphibious. The Hypnotoad can breathe air and water.

Drone. The Hypnotoad emits a horrid droning sound. All creatures within 30 feet of the Hypnotoad that can hear it have disadvantage on Wisdom saving throws.

Bite. Melee Weapon Attack: +2 to hit, reach 5 ft., one target. Hit: 2 (1d4) piercing damage, and the target is grappled (escape DC 11). Until this grapple ends, the target is restrained, and Hypnotoad can’t bite another target.

Swallow. Hypnotoad makes one bite attack against a Tiny or smaller target it is grappling. If the attack hits, the target is swallowed, and the grapple ends. The swallowed target is blinded and restrained, it has total cover against attacks and other effects outside Hypnotoad, and it takes 5 (1d4) acid damage at the start of each of Hypnotoad’s turns. Hypnotoad can have only one target swallowed at a time.

If Hypnotoad dies, a swallowed creature is no longer restrained by it and can escape from the corpse using 5 feet of movement, exiting prone.