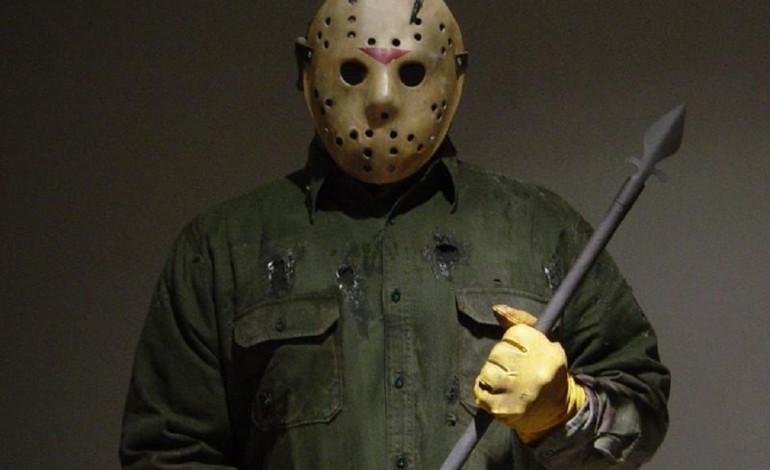 Jason Voorhees is the main antagonist and center piece of the Friday the 13th franchise and one of the two main antagonists of the crossover film Freddy vs. Jason, along with Freddy Krueger. He was an almost completely silent, undead and seemingly unstoppable killing machine. Jason was an iconic madman who haunts Camp Crystal Lake and the surrounding area, driven to slaughter anyone he encounters by a burning need to avenge the death of his beloved mother, Pamela Voorhees.

Jason Voorhees has killed about 161 people, (some of which are completely off-screen) over the years.

Jason haunts Camp Crystal Lake. Crystal Lake is a dismal place, cursed by Jason’s bloody legacy. Despite the insanely high number of murders that have occurred at the Camp, locals seem to forget the dangers therein. Typically, Jason’s actual lair is a hidden cabin, shed, or cave. Occasionally it may even be the lake itself. While Jason is in his lair, his CR is 16 (15,000 XP).

On initiative count 20 (losing initiative ties), Jason takes a lair actions to cause one of the following effects; Jason can’t use the same effect two rounds in a row.

Camp Crystal Lake and the region containing the camp is warped by Jason evil, creating one or more of the following effects.

Brawler. Jason is proficient with improvised weapons. In addition, when he hits a creature with a melee weapon attack on his turn, he can use his bonus action to attempt to grapple the target.

Brute. A melee weapon deals two extra dice of its damage when Jason hits with it (included in the attack).

Detect Humanoids. Jason can magically sense the presence of humanoids up to 5 miles away. Jason knows the direction and exact distance to the creature.

Legendary Resistance (3/Day). If Jason fails a saving throw, he can choose to succeed instead.

Lightning Absorption. Whenever Jason is subjected to lightning damage, he takes no damage and instead regains a number of hit points equal to the lightning damage dealt.

Rejuvenation. When Jason’s body is destroyed, his soul lingers. After 24 hours, his soul inhabits and animates another corpse on the same plane of existence and regains all its hit points. While the soul is bodiless, a wish spell can be used to force Jason’s soul to go to the afterlife and not return.

Turn Immunity. Jason is immune to effects that turn undead.

Head Crush. Melee Weapon Attack: +10 to hit, reach 5 ft., one creature that Jason is grappling. Hit: 26 (6d6 + 5) bludgeoning damage. If this attack reduces a creature’s hit points to 0 or less, Jason crushes the creature’s head. The creature dies if it can’t survive without the lost head. A creature is immune to this effect if it is immune to bludgeoning damage, doesn’t have or need a head, has legendary actions, or the GM decides that the creature is too big for its head to be crushed by Jason.

Attack. Jason makes an attack with his machete.

Teleport (Costs 3 Actions). Jason magically teleports, along with any equipment he is wearing or carrying, up to 60 feet to an unoccupied space he can see.