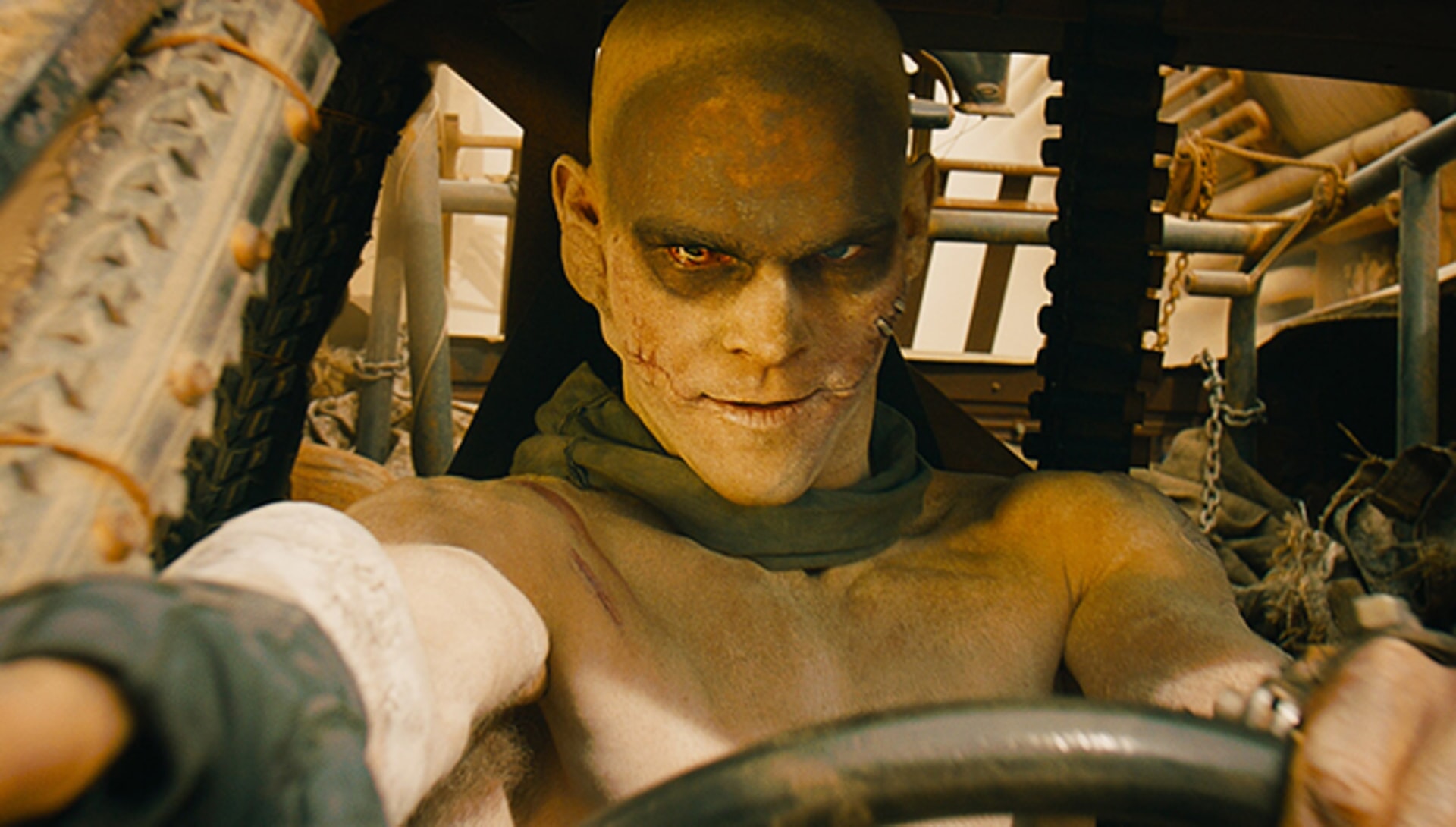 War Boys are handpicked at a young age by the guardians of the elevator platform of The Citadel and are indoctrinated as zealots in the cult of V8 with Immortan Joe as their immortal leader. They are completely loyal, blindly following their leader, never questioning the morality of his actions. They view death in service to Immortan Joe as an honor.

All Warboys have their torsos, arms, and heads completely covered in a white powder. It is both a tribute to their revered leader Immortan Joe who uses white powder as medication but the white powder is also meant to give War Boys a skeletal appearance as they are ‘half-lives’ – essentially on their deathbed. They also use grey clay pigment around their eyes, mouths, or foreheads to give themselves more of a skeletal look. They are distinct from Joe’s imperators who are in fact ‘full lives’ and not covered in white powder, though as Imperators their rank is signified by black grease on their heads.

War Boys are indoctrinated into believing that Immortan Joe is their absolute benefactor and savior and that the car and the V8 engine is the source of their strength and power. They are brought up thinking Immortan Joe is actually immortal and by loyally serving him, will be granted entrance through the gates of Valhalla in the afterlife, rendering them immortal as well.

Dark Devotion. The war boy has advantage on saving throws against being charmed or frightened.

On its turn, the war boy can take the move action below up to three times. It can’t take this action if it has no crew.

Move. The war boy car can use its helm to move with its wheels. As part of this move, it can use its ram. If the vehicle moves more than once on its turn, all creatures inside the car have disadvantage on ranged attack rolls until the start of the car’s next turn.

Move up to the speed of the car’s wheels, with one 90-degree turn. If the helm is destroyed, the car can’t move.

The car has advantage on all saving throws relating to crashing when it crashes into a creature or object. Any damage it takes from the crash is applied to the ram rather than to the car. These benefits don’t apply if another vehicle crashes into the car.