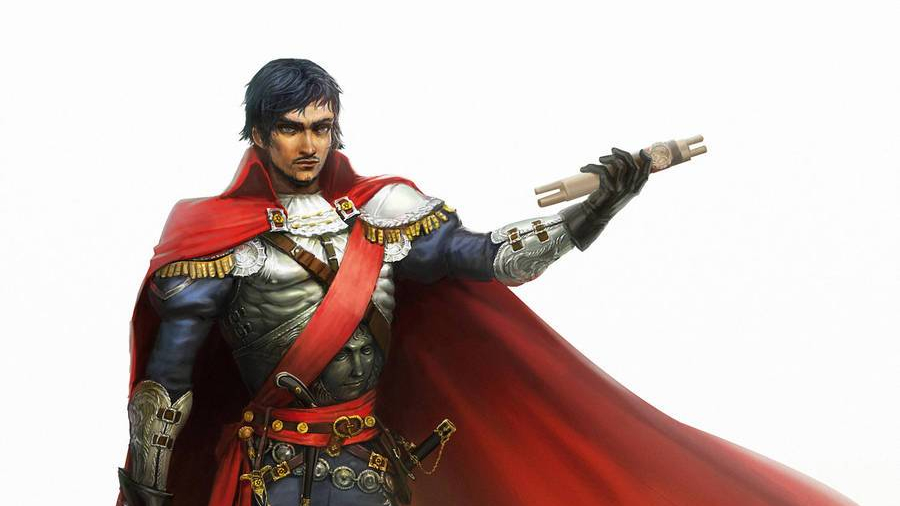 I’ve probably been stewing on this one for a little too long, so I decided to give it a shot today. I more or less know how I want to get it done. This, of course, came in as a request from one of my patrons.

Man oh man did it take me a while to come up with something I felt was effective. I know that I wanted this class to have the ability to bolster its allies on the battlefield and debuff bad guys. Plus, as the patron who requested this asked, had to have an ability that could let it see its enemies weaknesses.

The core of the build is based on a battlefield-control Bard. You’ll notice that its Hit Points, Proficiencies, etc. sort of line up with a bard’s. It’s heavily Intelligence-driven, so be sure to put plenty of love in the Intelligence department. Dex is probably the second most important. I’ve also overlapped the rogue’s powers a bit to give it some dex love.

The tactician is designed to be 100% support. Its Target ability relies on it making successful attacks (probably at range), but that’s about as offensive as it gets.

For the subclasses, my plan is to fill in the voids where it’s got some weaknesses. One of the subclasses will probably have some healing powers (which I removed from the Bard structure) and another will probably be DPS. I’ve balanced the subclass features out so that 3rd and 11th level offer some pretty potent powers (probably always offensive leaning).

17th level’s power might look amazing, but really, it’s just Foresight. It just lasts all day (instead of 8 hours) and only targets the tactician.

It’ll need some tweaking, but so far I’m pretty happy with it.

Fluff to come with the final release.

As a tactician, you gain the following class features.

Hit Points at Higher Levels: 1d8 (or 5) + your Consitution modifier per tactician  level after 1st

Starting at 1st level, you can bolster your comrades with your tactical know-how. As an action, choose a number of creatures equal to your Intelligence modifier that are within 60 feet of you that can hear you. The creatures gain one of the following benefits for the duration:

Defensive Maneuvers. The creatures gain a +1 bonus to AC and a +2 bonus to Dexterity saving throws.

Imparted Knowledge. The creatures gain a +2 bonus to ability checks.

Offensive Maneuvers. The creatures gain a +2 bonus to attack rolls.

The effects last for 1 minute as long as you maintain your concentration (as if concentrating on a spell). You can use this feature a number of times per day equal to your Intelligence modifier. You regain all expended uses after you finish a long rest.

Starting at 2nd level, when you make an ability check without disadvantage and fail, you can immediately make the check again; you must keep the new roll. You can’t use this feature again until you finish a short or long rest.

At 1st level, your tactical knowledge helps you slow down dangerous foes. When you gain this feature, you learn the Distracting Hit and Mark Target options.

Once per turn, when you make a weapon attack as part of the Attack action, you can apply one of your Target options to that attack. You decided to use the option when the weapon hits a creature unless the option doesn’t involve an attack roll.

Distracting Hit. A creature hit by your attack must also succeed on a Wisdom saving throw or become temporarily distracted. The creature has disavantage on its attack rolls made against any creature other than you until the end of its next turn.

Mark Target. A creature hit by your attack must also succeed on a Dexterity saving throw or become marked. Any attack roll against a marked creature has advantage if the attacker can see it.

You gain additional Target options as you reach certain levels in this class, detailed in the class description.

Some of your Target options require your target to make a saving throw to resist the option’s effects. The saving throw DC is calculated as follows:

Option save DC = 8 + your proficiency bonus + your Intelligence modifier

At 3rd level, you can use your reaction to avoid an attack as long as you can see the attacker. When you do so, the damage you take from the attack is reduced by 1d10 + your Intelligence modifier + your Tactician level. If you reduce the damage to 0, until the end of your next turn, the next attack roll you make against the attacker is with advantage and any attacks the creature makes against you are made with disadvantage.

At 3rd level, you choose a method that influences your skills and abilities. Choose Aggressive or Flexible, each detailed at the end of the class description. The archetype you choose grants you features at 3rd level, and again at 6th, 11th, 15th, and 18th level.

Starting at 5th level, you regain all of your expended uses of Tactics when you finish a short or long rest.

Beginning at 7th level, your greater insight gives you advantage against mental attacks. You gain resistance to psychic damage and you are immune to the charmed and frightened conditions.

At 9th level, you learn the Pinpoint Weakness option which you can use with your Target feature.

Pinpoint Weakness A creature hit by your attack must also succeed on a Constitution saving throw. If it fails its saving throw, the DM tells you two of the following characteristics of your choice:

By 10th level, you’ve learned even greater ways to bolster your allies on the battlefield. In addition to the three tactics you already know, you learn the following tactics:

Bolster. The creatures gain temporary hit points equal to your levels in this class.

Improved Morale. The creatures gain immunity to the frightened and charmed conditions.

Protection. The creatures gain resistance to one damage type of your choice: acid, cold, fire, lightning, or thunder.

At 13th level, you learn the Disruption option which you can use with your Target feature.

Resistance Disruption. A creature hit by your attack must also succeed on a Consitution saving throw. On a failed saving throw, choose one of the following damage types: acid, cold, fire, lightning, or thunder. If the creature has resistant to the chosen type, it loses its resistance until the end of its next turn.

At 14th level, when you use your Tactics feature, you can select two benefits instead of one to grant the creatures targeted by the feature. You must select two different benefits.

When you reach 17th level in this class, your ability to read the battlefield makes you nearly impossible to hit. You cannot be surprised and you have advantage on attack rolls, ability checks, and saving throws. In addition, other creatures have disadvantage on all attack rolls against you.

At 20th level, when you roll initiative and have no uses of Tactics remaining, you regain one use.

I’m going to take a little breather and post this before tossing up the subclasses. But here is the meat and potatoes of the build.