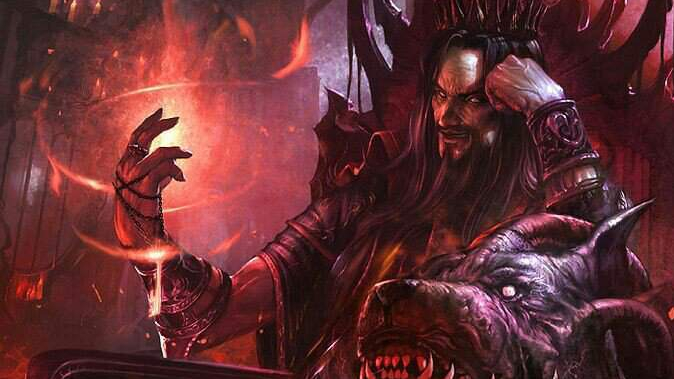 I just created the rules for the Arcana Godly Domain. That laid for the foundation for how much of the game will work, which I love. Now it’s just a matter of jumping into the other ones.

Over on Patreon, the Patrons (soon-to-be Gods) voted on the domains that they want to see me make next. You can view the list over on Patreon (available to the public).

At 1st rank, a god gains the Godly Domain feature. The following Trickery domain options is available to a god in the Gods of Wandrossa game.

Gods of trickery are mischief makers and instigators who stand as a constant challenge to the accepted order among both gods and mortals. They’re patrons of thieves, scoundrels, gamblers, rebels, and liberators.

The Trickery domain lets you choose from an expanded list of powers when you learn a divine power. The following powers are added to the divine power list for you.

Starting when you choose this godly domain at 1st level, as a bonus action, you can steal wealth from one settlement and give it to another. Choose two settlements in the same region. The first target settlement’s wealth is reduced up to an amount equal to your half your might (minimum of 1). This effect cannot drop a settlement’s wealth below 0. Then, the second target settlement’s might increases by an equal amount. You can use this feature a number of times equal to your might bonus. You regain expended uses at the end of a cycle (first of the month).

The Virtue of Sin

At 1st level, whenever you use your divine larceny feature you gain a number of followers equal to 50 times the wealth you gained.

Starting at 3rd level, your underground networks drive more mortals to put their faith in you. You gain an additional 20 followers at the end of each year for each settlement that contains one of your temples and an underground network, as well.

At 6th level, any time you build a new temple or improve an existing temple, you can use your divine larceny feature even if you do not have any uses of it remaining that cycle. The settlement that you steal from must be in the same region where you built your temple and the settlement that contains the temple you built or improved is the one that benefits from the theft.

At 10th level, you can build a den of villainy. Select a region that does not already contain a den of villainy. Place the den on a non-water hex in that region. The den must not be within 12 miles (2 hexes) of a settlement. The den has the following stats:

Your den cannot be home to lawful creatures. If your den is destroyed, you can’t rebuild it for 20 years. Once the den is available again, you must use your daily action to rebuild it.

You can choose to have one of your chosen ones manage your den. At your option, the assassin can become second in command while your chosen one leads. Your chosen one adds its normal location bonuses to the den (if any).

If you are destroyed or demoted to 9th level or lower, your den turns to ruins.

At 14th level, you can use your divine power to cast a permanent illusion over a region of your choice that contains one of your temples and does not already contain an epic illusion. While your illusion remains, any god whose might is 4 or less cannot start a conflict against any settlement containing one of your temples in that region. In addition, as a bonus action each day, you can select any chosen one in the same region as your illusion and place them on any non-water hex in that region of your choice.

If you are destroyed or demoted to 13th level or lower, the illusion fades away.

At Higher Levels. When you use this power using a power slot of 3rd level or higher, the extra wealth the settlement creates at the end of each day increases by 1 for each slot level above 2nd.

You create a new feat. In addition, your followers gain resistance to conversion attempts for 5 days.

Choose one chosen one whose god’s might is equal or less than your own. That chosen one is under your control until the end of the next day.

Select a CR 1 or lower creature. You create a variant form of that creature that gains the following benefits:

At Higher Levels. When you use this power using a power slot of 6th-level or higher, you gain an additional 500 followers for each level of power slot you use.

Choose one mine or lumber mill. It is destroyed.

Select one god whose might is equal to or less than your own that has already declared its daily action for the day. That god’s daily action counts as occurring after all other gods have declared their actions. If more than one god’s actions are affected by slipstream, the god whose action was slipstreamed first goes before the others.

During the resolution phase, any assist declaration that you made that day count as an oppose declaration and vice versa.

If this looks cool to you and looks like the kind of wicked god you’d want to be, then all you have to do is become a patron. It’s only $3 to get started and it’s a ton of fun.