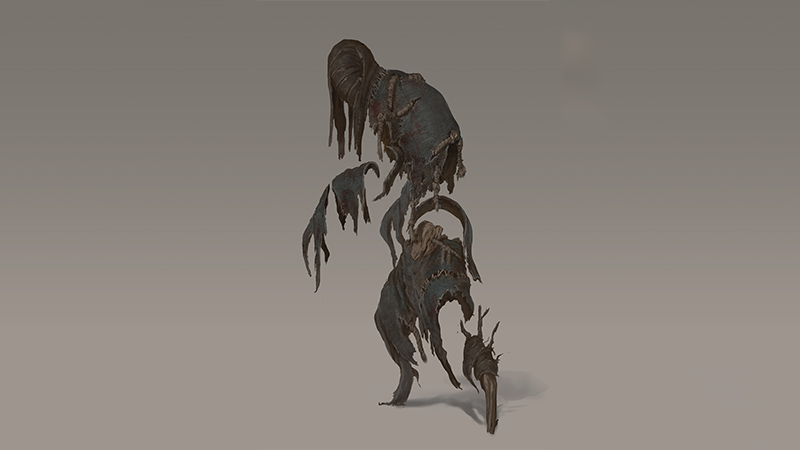 Tatterdemanimals are the least powerful of the raggamoffyns. They often lurk around rubbish mounds and other places where refuse is heaped.

A tatterdemanimal appears as a swirling heap of small, dirty tattered rags and other scraps of cloth.

False Appearance. While the raggamoffyn remains motionless, it is indistinguishable from a pile of fabric scraps.

1 thought on “Tatterdemanimal Raggamoffyns for Dungeons and Dragons Fifth Edition”