The Ascended: Races of Omerian Echo 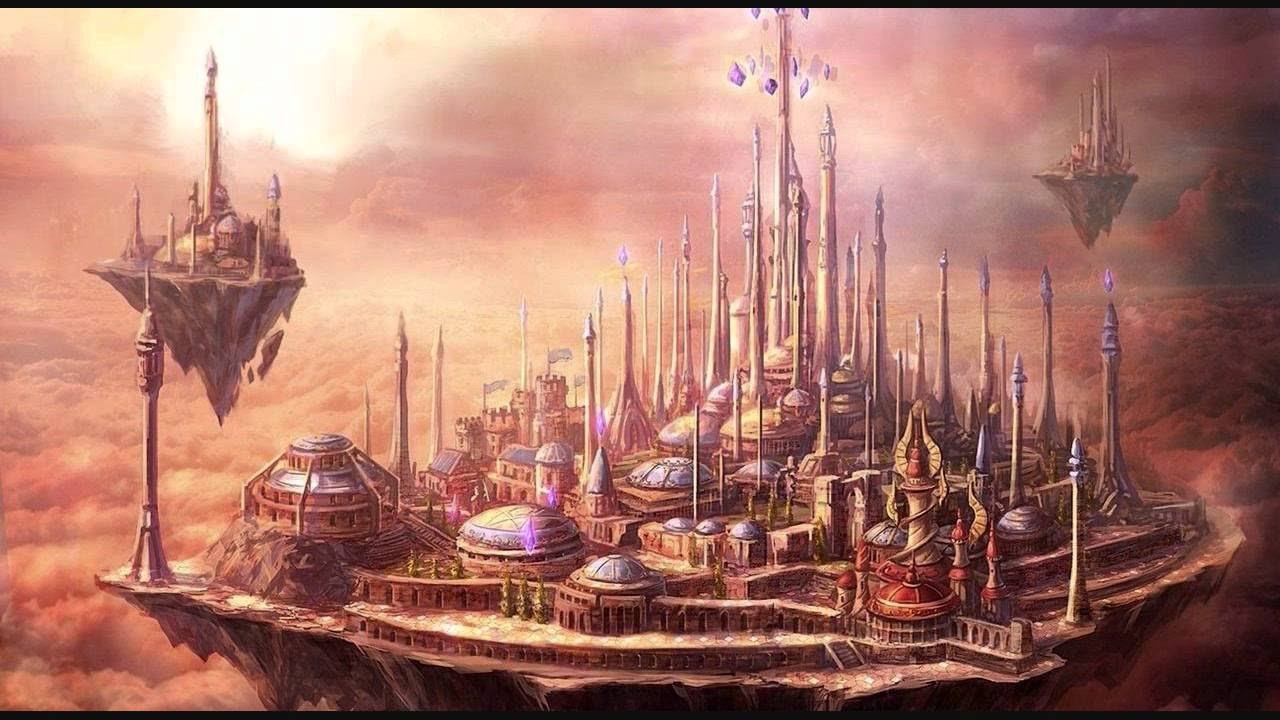 DM DaveLeave a Comment on The Ascended: Races of Omerian EchoPosted in Player Options

Recently, on Instagram, I started working on a “crowd-suggested” campaign setting titled Omerian Echo. The concept is simple: 400-500 years ago, the world of Old Omeria was destroyed by a catastrophic event known as the Banevoid, eliminating 80% of all life that existed. Those who foresaw the apocalypse took the skies in massive motes known as High Cities, powered by magic.

Nine major races populate these High Cities. They are known as the Ascended. Here they are listed in order of population percentage.

Nearly 80% of all life perished when the Banevoid erupted, destroying Old Omeria. Many of the old races became endangered or extinct.

Eventually, the mysterious Razor Council of the Green City discovered a way to recreate the lost races. These Restored, as they are collectively known, now make up the majority of the humanoids living in the High Cities.

There are four common varieties of Restored: goblin, elf, dwarf, and orc. While they share many of the characteristics of their respective ancestries, they are typically near perfect humanoid specimens, strong, intelligent, and beautiful.

Ancient enemies of the örn, the vindanda are half-elemental beings tied to elemental air. Once Old Omeria shattered, consumed by the Banevoid, the harsh winds and vacuum of the solid world’s absence empowered these genie-kin.

Much like the cloud and storm giants, the vindandan High Cities stay aloft thanks to internal magic and not through the presence of Sparker Engines. Their cities are sights to behold, massive motes shimmering with azure crystals.

The vindandas are a proud and haughty race who see all the Ascended races—giants included—as trespassers in their realm. They are at the heart of the slave trade, as well, seeing it as humanity’s penance for the destruction of Old Omeria. In fact, the vindandas call it The Thousand Year Service, a suggestion that humans won’t know true freedom until they’ve served the other Ascended for a millennium to account for their ancestor’s mistakes.

Humans are versatile, certainly, but in a world that requires flight, their usefulness has its limitations (at least in the eyes of the flying races). Perhaps the other Ascended races blame the humans for the Banevoid. They were the first to discover it and study it. They were convinced there was a solution. Did their trepidation to ascend doom millions? No matter the reason, the humans now serve the other races of the High Cities.

The stubborn, ill-tempered winged avian humanoid race known as the örn survived the Banevoid by doing what they do best: flying away. Five centuries later, a majority of the High Cities have a major presence of the örn, typically in positions of high political power.

Unlike the other dominant races of the Splinter High Cities, the örn’s use of human slavery is limited. In fact, the örnish capital of Grand Eyrie has the greatest population of freed humans living there. Of course, the vindanda see this as a great offense.

The Ratfolk of the High Cities lived in the shadows for the first decade of the ascension. On Old Omeria they were seen as one of the “evil races”, servants of the fiends and dark races of the underworld. But the ratfolk’s knack for survivability kept their race from extinction; ironically, their former dwarven and gnomish masters weren’t as lucky. Once their numbers were revealed, the ratfolk demonstrated their technical capabilities to the other Ascended races. Soon, the small, tenacious contortionists were employed as assistant engineers on the Sparker Engines.

Their climbing skills and adaptability to the high altitudes were similarly useful on exterior projects as well. They proved themselves able negotiators and traders as well as ship pilots.

Four decades after the Ascension, they’ve taken on a new and improved status among the other Ascended as one of the most powerful and influential races of all the Splinter High Cities.

They only came after the Banevoid: Odödlig, the Deathless. Part construct and part undead, these strange beings swiftly made their presence known among the Ascended, filling the skies with their mighty flying longships.

There are whispers that they were once angels, cut off from their own realm. Others think they’re fiends that have climbed out of the Banevoid itself. Their origins remain a mystery.

Early on, the Deathless traded in technology and were the first to offer the secrets of the Sparker Engines to the low races. But they are chaotic creatures, known for changing their attitude without warning. Where a Deathless might act benevolent one day it could turn and become violent the next.

Some of the Splinter High Cities refuse to allow them within their borders. Other City Lords only do so out of fear. No matter what, the Deathless are a part of the Between Times whether the other Ascended like it or not.

The Banevoid’s vortex walls, known as the Banerazor, filters light differently, imbuing the Layer of the Ascended with a dull, pinkish glow. As such, the undead who once hid from the dangerous daylight hours now thrive in it.

Thanks to their immunity to the Glasspox disease that wiped out half the human population of High City New Amorn, the vampiric descendants of Cresko the Unholy took to the wrecked habitat and filled its halls. New Amorn (renamed Rudenkein) is a dangerous place for the underprepared. However, the vampir have learned the value of working with the other Splinter High Cities rather than against them.

Vampir are hardy and intelligent arcanists. They trade their magicks to the other settlements in exchange for food and slave labor (which is usually one in the same).

When the low races of Old Omeria ascended, the Storm Kings weren’t pleased with this invasion of their territories. After all, the low races destroyed their own lands. Why should the Storm Kings be forced to share their dominion? As the centuries rolled on, the Storm Kings’ attitudes softened. Important marriages bound the giants to the refugees and their noble houses, and with those marriages came mixed-race progeny. Among the Storm Kings, these jätteblod are seen as a necessary device to control the High Cities. But to the other Ascended, they are treated as upper-class nobles and celebrities. “The only thing greater than a half-giant’s thunderous voice is its indomitable arrogance,” as the old saying goes.

Those touched by the Banevoid’s magic are irrevocably altered, returning as the aberrant voidbränds. The other races of the Splinter High Cities meet these faceless, shadowy creatures with equal parts amazement and fear.

To move among the Ascended, the voidbränd adopt special masks known as egalitans, which further remove the individualism from voidbränds. In their strange culture, there is no race, sex, or personality. A voidbränd’s background is its own, and their personal histories are kept a secret. Within voidbänd colonies, failure to follow this Law of None that guides their culture is a crime punishable by exile or even death.

Of course, some voidbränd converts rebel snap out of this extremist point-of-view, and rebel wherever possible.

You might have noticed that a few of the traditional names have changed such as the “birdfolk” and “half-elementals.” Unfortunately, this is necessary should I go to publish this campaign setting. Certain races aren’t covered by the Fifth Edition Systems Reference Document which I have to abide by.

Having said tha, it means I get to make my own versions of these races and I’m not tied to any sort of preconceived ideas for those races. *rubs hands together while cackling*

Omerian Echo will be published and available to DMDave’s Patrons!

Sometime in March, I’ll publish the Omerian Echo setting. All of the content will be here on the site for FREE to everyone and likely included in the monthly collections on Patreon. Silver Club Patrons get to enjoy the finished campaign setting in its totality (I’m aiming for roughly 80,000 words or 100 pages).

In addition to the campaign setting, as a Silver Club member, you get a 1,000-word request, the ability to vote in Patreon only polls, and a copy of every PDF that’s published on Patreon.