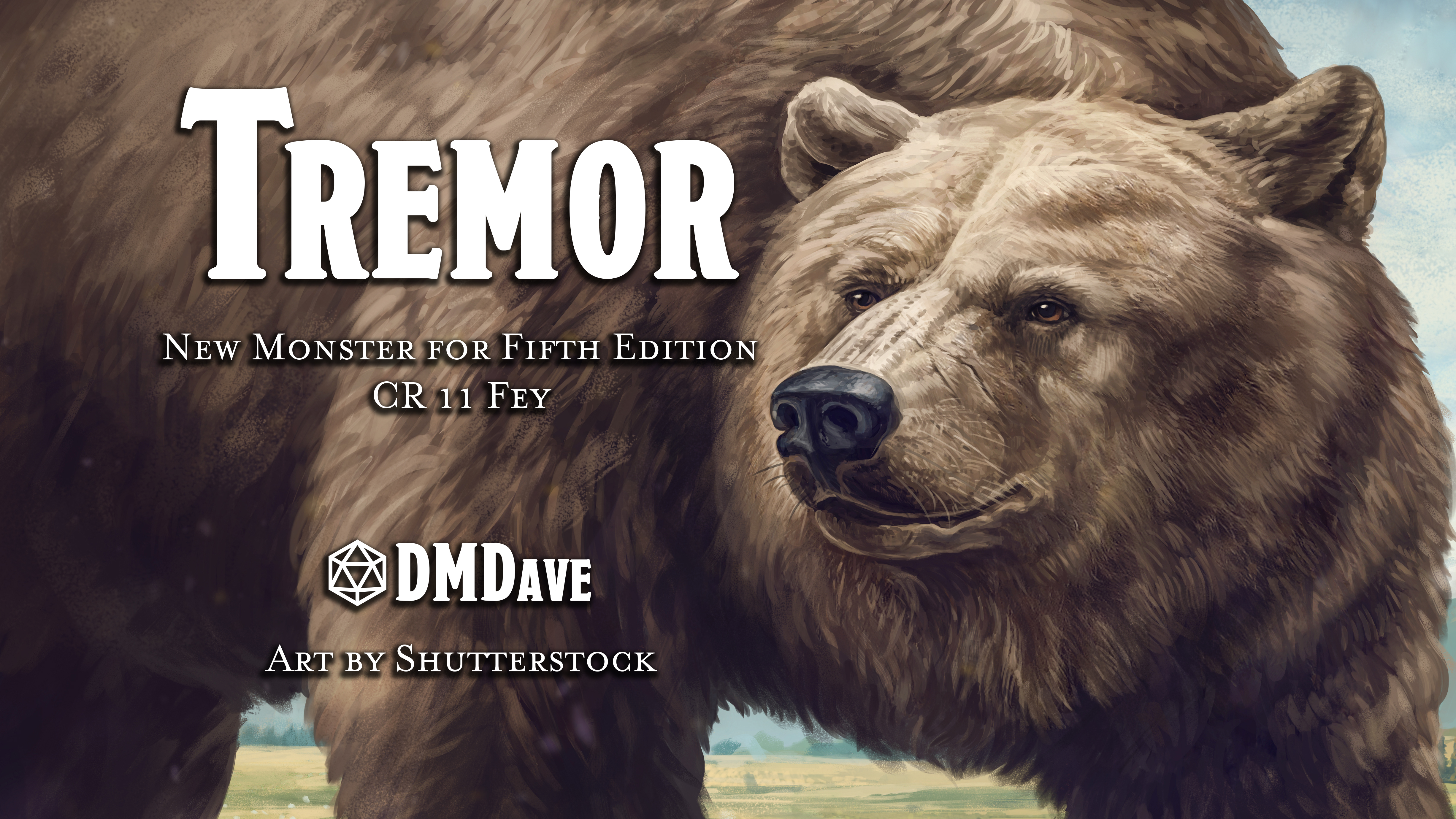 Tremor is a 25-foot tall bear that crashes through the Wallingmiotta. While many believe Tremor is one of the Great Titans, this is untrue. Tremor was created spontaneously through fey magic. He now acts as the ultimate protector of the forest. Tremor does not move through the Wallingmiotta quietly. He can be spotted or heard from 300 feet away as he crashes through the trees and underbrush. Any creatures he sees as hostile towards the forest he attacks and fights until killed.

Keen Smell. Tremor has advantage on Wisdom (Perception) checks that rely on smell.

Magic Resistance. Tremor has advantage on saving throws against spells and magical effects.

Multiattack. Tremor makes three attacks: one with his bite and two with his claws.

Get Tremor in PDF

Tremor appears in the ongoing adventure path the Hand of the Eight. Get 35 adventures that take characters from levels 1-20 in the DMDave world of Omeria.