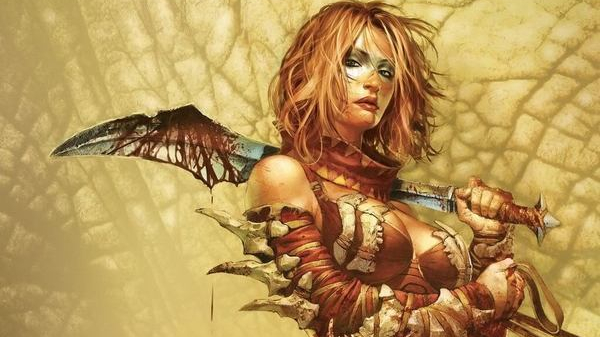 This guide is intended as a resource for my Saturday players in our upcoming Dark Sun campaign. However, most of the information within is pulled directly from classic Dark Sun lore. Feel free to use it in our own Fifth Edition Dark Sun campaign settings.

The Tyr region is one of the most populated and well-known areas of the Tablelands. Named for the city of Tyr, it stretches over the Great Alluvial Sand Wastes from the free city-state of Tyr to its militaristic rival in the north, Urik.

Situated between Altaruk and Silver Springs, Ablath is a trade village of the Tsalaxa trading dynasty. The village is Tsalaxa’s contact with the tribes of the Tablelands.

Located at the head of the Big Fork of the Forked Tongue Estuary, Altaruk is a client village of merchant houses of Wavir, Reese, and Tomblador (all based in Urik). As villages go, Altaruk is heavily fortified; it is surrounded by a fifteen-foot wall and defended by hundreds of free mercenaries armed with mekillot-hide shields, wooden lances, and daggers of sharpened bone. This contingent of warriors is commanded by Arisphistaneles, a Preserver. Because of Aristphistaneles’ influence, the Veiled Alliance is openly tolerated in Altaruk, and the city is fast becoming known as a safe meeting place for Preservers–though Defilers are strictly forbidden entry.

It is rumored that the Great Dragon of Tyr, Borys, resides in these ruins. Whether or not this is true, wise travelers stay clear of the region.

Owned by House Vordon, Amber acts as a storage point between Tyr and Altaruk. It is also intended as a refuge for House Vordon if the chaos in Tyr becomes too great.

This heavily guarded Stel-owned fortress is a supply point and military base near the Smoking Crown on the route between Urik and Makla. The large military presence there discourages raids against caravans between Urik, Makla, and Ogo.

The smaller Ianto trading house of Tyr focuses most of its efforts into this fortress ten miles south of the city.

During the recent war between Urik and Tyr, this fortress represented an important advance position. It still acts as a supply point between Silver Springs, Tyr, and Kled for the Stel trading house.

This fortress is House Inika’s supply point at the junction of three roads between Tyr, Altaruk, and Silver Spring.

Although its exact location is known by only a few–who would never dare give it up–the hidden village is a well-guarded settlement of freed slaves. Since Tyr’s liberation, the Free have less to worry about. However, the lingering threat of the slave-traders of Urik still looms.

For those who wish to avoid the roads and take the difficult route through the Great Alluvial Sand Wastes, Kled is a key supply point. This village is settled almost exclusively by dwarves. Old rumors persist that the village is built over the ruins of an ancient lost city of dwarven kings, Kemalok. The dwarves believe that once Kemalok is restored to its former splendor, the world will once again be verdant and bountiful.

Makla is a client village of Urik, located on the shore of the Lake of Golden Dreams. It is a rugged town serving as a supply center and base camp for the slave gangs quarrying obsidian from the Smoking Crown. Thanks to Urik’s strong presence, the village is rarely harassed by raiders.

Ogo is a halfling village just beyond the Ringing Mountains near Makla. It is unique among halfling villages in that an outsider may hope to visit it without being eaten. Still, one would be wise to travel only with halflings from Urik just to be safe.

From a distance of a hundred miles, the Ringing Mountains look like a ridge of reddish clouds hugging the horizon. As one moves closer, their soft edges gradually grow sharper and more distinct. These mountains more or less separate the Hinterlands from the Tablelands. In the mountains, the only reliable means of transport is walking, a tedious and tiresome affair thanks to the endless bends and turns as one moves around obstacles such as cliffs, high peaks, and deep crevices.

The home of the eponymous Silver Hand elf tribe, Silver Spring Oasis blossoms from the Tablelands near the main trade road from Urik to Tyr. It is a prime location that has long provided relief to travelers, offering a bit of shade and enough water to quench the thirst of even the largest caravan crew. Although its location made it a natural stopping point, its poor appearance and less-than-perfect water never inspired a settlement or fort to spring up around it. Then the Silver Hands tribe discovered the oasis, and everything changed.

Tyr lies in a small valley among the foothills of the Ringing Mountains. Although not the largest city fo the Tablelands, it’s considered one of the most important due to its political cloud, location, and great (by Athasian standards) reserves of iron ore in the nearby mountains.

Until recently, Tyr had been ruled by the great sorcerer-king Kalak. Following the death of Kalak and the ensuing war with Urik, the people of Tyr have begun the reconstruction of their city amid a storm of change. The government has undergone sweeping reform. Trade and commerce, long neglected due to Kala’s obsession with the construction of his ziggurat, are on the rise as iron once more flows from the mine.

This is not to say “all is well” in Tyr. The city still faces an uncertain future. Divergent voices sound within the Council’s chambers. Food and water remain scarce, and many have no work or decent lodgings.

The militaristic city-state of Urik to the north boasts one of the largest and deadliest armies in all of the Tablelands. Urik is harshly lawful; all citizens and visitors are required to obey the laws of The Great King, Hamanu. Those who fail to obey the laws (or bribe their way out) find themselves sold into slavery, doomed to toil away in the obsidian mines.

Urik’s economy depends almost entirely on obsidian quarried from the Mountain of the Black Crown. It also relies heavily on Tyr’s iron to make the tools necessary to quarry the glass stone efficiently. After the fall of Kalak, Urik seized the opportunity to attack Tyr.