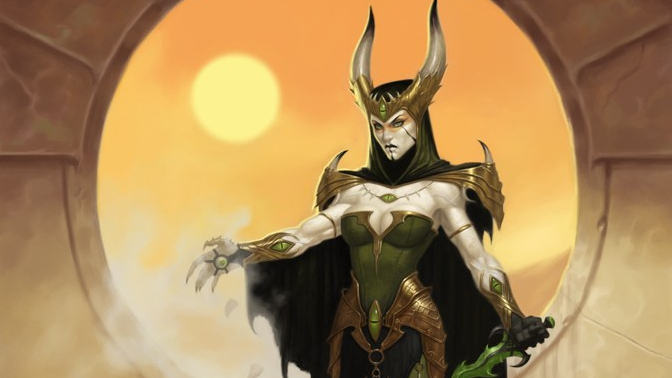 This stat block kicks off my “monster of the day” series where I hope to create 366 new monsters between now, January 1st, and the end of the year, December 31st, 2020.

I’ll be starting with warlocks. Although they appear in VGtM, they are not SRD, which means I can’t use them in my adventures. And they are a little more powerful than I like.

This is the same stat block that I will use for the NPC Zau Teken’ath in the Glaive of the Revenant King adventure that I’m finishing up.

Innate Spellcasting. The warlock’s innate spellcasting ability is Charisma. It can innately cast the following spells, requiring no material components:

Spellcasting. The warlock is a 5th-level spellcaster. Its spellcasting ability is Charisma (spell save DC 14, +6 to hit with spell attacks). it regains its expended spell slots when it finishes a short or long rest. It knows the following warlock spells:

Multiattack. The warlock makes two attacks with its daggers. The second attack has disadvantage.