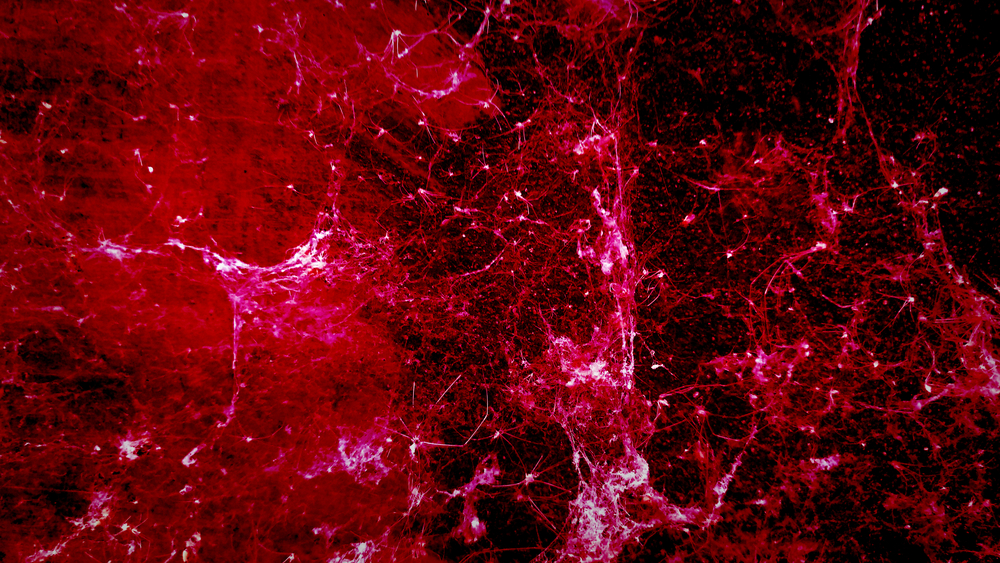 For the second entry, here is a request from Patron John Thomas:

From the Sanguine Jungle: Blood Beasts. Actually colonies of intelligent, sentient organisms that live in a creature’s blood. Act as a pathogen which “transmits” to those who eat infected flesh, or are touched by a beast’s blood. So they come in the form of beasts, especially carnivores, granting higher Int, perhaps a blood attack (such as spitting etc.)

Patron Dustin Warner had this to add:

Maybe some of them could even have a symbiotic affect if the player gets infected. Like have a 10-20% chance of beneficial infection. If infected gain resistance or immunity to other pathogens.

Those who travel the Sanguine Jungles at the northwestern fringes of the Ninth Kingdom know that many dangers lie in wait. Many of those dangers you can see and flee from. Others, however, attack you without you even knowing.

Sanguine Plague is an affliction that affects those that come into contact with the blood or infected flesh of blood beasts. Symptoms manifest within 1d12 hours after infection and include fever and numbness of the tongue. The infected creature gains one level of exhaustion that can’t be removed until the disease is cured. After 1 day of experiencing symptoms, the creature must make a successful DC 14 Intelligence saving throw or become possessed by the pathogens. A creature remains a blood beast until the disease is cured.

When a creature is exposed to Sanguine Plague and succumbs to its effects, it transforms into a blood beast. Outwardly, the creature appears to be the same although the veins around its skull and neck darken and its eyes blacken.

Hive Mind. Blood beasts do not operate of their own volition. They act as one, communicating to one another telepathically.

A beast, humanoid, giant, or monstrosity can become a blood beast. It keeps its statistics, except as follows.

Intelligence. The creature’s Intelligence score becomes 18 unless it is already higher.

Languages. The blood beast can speak, read, and write Common. In addition, the creature gains telepathy out to 60 feet, but can only communicate with other blood beasts.

Net Trait: Detect Blood Beasts. The creature can magically sense the presence of other blood beasts up to 5 miles away. It knows the direction they’re in but not the exact locations.

New Trait: Spellcasting. The creature becomes a 5th-level spellcaster. Its spellcasting ability is Intelligence, and it needs only verbal components to cast its spells. It has the following wizard spells prepared:

If the creature is already a spellcaster of a higher level, it does not gain this trait.

Detect Blood Beasts. The goblin can magically sense the presence of other blood beasts up to 5 miles away. It knows the direction they’re in but not the exact locations.

Spellcasting. The goblin is a 5th-level spellcaster. Its spellcasting ability is Intelligence (spell save DC 14, +6 to hit with spell attacks), and it needs only verbal components to cast its spells. It has the following wizard spells prepared:

New Action: Blood Spray (1/day). The goblin can spit its blood in a 15-foot cone. Each creature in the area must succeed on a DC 10 Constitution saving throw or become infected with Sanguine Plague.

This is just one of many monsters to be made this month that will be a part of Creaturepedia 1: Monsters of the Ninth Kingdom.