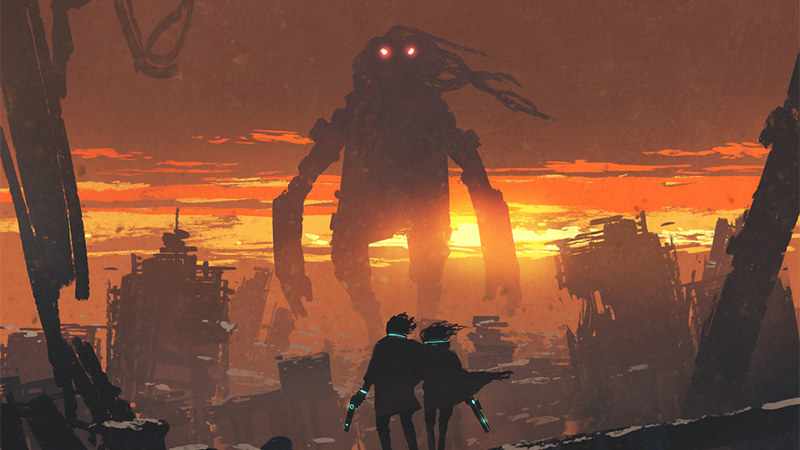 Recently, I got a request to stat up a goliath monster for fifth edition D&D: Zorah Magdaros from Monster Hunter: World.

While taking the request, it quickly became obvious to me that it was impossible to make Zorah “just” a monster.

Standing at 845 feet, this walking volcano elder dragon deserved to be a complete challenge unto itself.

So that’s what I did.

And the reviews I got were pretty great!

“That’s awesome I look forward to it [in] the future. Will definitely have to use this in our upcoming monster hunter style dnd campaign”

The idea was so simple. After all, big big boss monsters should be more than just a chunk of hit points and high AC with crazy damage output.

They should be a challenge.

And one that’s not easily solved.

But what else could I put in this book?

Putting the ideas together

Right away, I knew I wanted 14 types of challenges in the book, one for each monster type in the Monster Manual, and each like a mini-dungeon/boss fight.

Of course, with stuff that big, player characters need a way to fight them, too.

There would be new class options for all the player classes.

Possibly even vehicles and mech-suits for PC”s to do proper battle with the beasts.

Oh yeah, this was going to be good.

The plan is simple.

That’s when I’ll do a Kickstarter campaign.

In the meantime, I’ll start putting together the “public face” of the project.

Weekly updates with new content (not all of it will be revealed here, of course).

But overall, the entire project should be fun!

If this project interests you, sign up to the opt-in box on the right side of screen or down in the footer.

I usually write 1-2 posts per day.

Additionally, you’ll have a chance to get a free copy of the book before it launches. And I’ll be starting up a Gleam campaign to coincide with the project.

Thanks for reading and I hope you’re excited as I am!