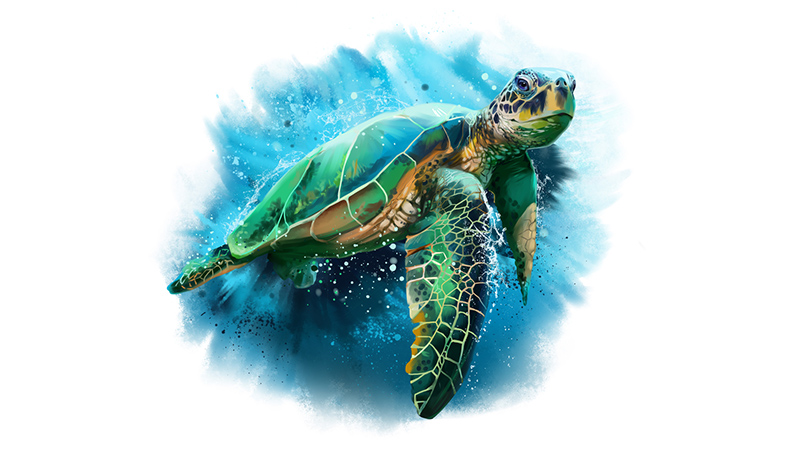 Sea turtles can be found in most oceans except for the polar regions. The majority of a sea turtle’s body is protected by its shell. The turtle’s shell is divided into two sections: the carapace (the dorsal portion) and the plastron (the ventral portion). The shell is made up of smaller plates called scutes.

It takes decades for sea turtles to reach sexual maturity. Mature turtles may migrate thousands of miles to reach breeding sites, which are limited in numbers. Living in the ocean, therefore, means they usually migrate over large distances. All sea turtles have large body sizes, which is helpful for moving large distances. Large body sizes also offer good protection against the large predators (notably sharks) found in the ocean.

A sea turtle can hold its breath for up to five hours. It can even sleep while holding its breath. Hibernating sea turtles are known to sleep for months holding their breath.

Hold Breath. The sea turtle can hold its breath for 5 hours.

The sea turtle is a reprint from another article I did a couple months ago. It will also be included as a Dungeons & Dragons Fifth Edition entry in a new book I’m working on for DMsguild.com titled, simply, CR 1/8.

If you like the sea turtle’s stat block, then get the word out by sharing it. Click one of the buttons below.