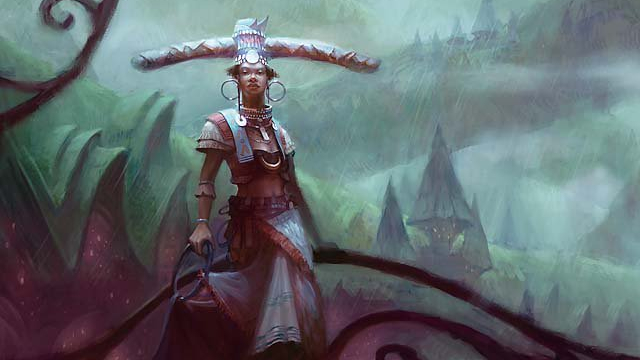 Once, every city in Athas was led by a king or queen. They were the top of the social order. Often, they lived near the city in a fortified palace bustling with minor officials. When a potentate found it necessary to leave his or her palace, he or she did so only with a great deal of preparations and pomp, well-protected by magic and a full bodyguard retinue.

Almost without exception, every king or queen was a powerful Defiler who had risen to his or her position through the unprincipled use of magical and psionic abilities. Each would use his or her magic to prolong his or her life, and most have reigned for hundreds of years.

Currently, there are only three sorcerer-kings in the Tablelands. The Shadow King Nibenay openly rules the city of the same name at the eastern edge of the Crescent Forest. To the far side of the forest is the Oba, Lalai-Puy. Finally, the warrior king Hamanu presides over militaristic Urik to the north.

Legendary Resistance (3/Day). If the sorcerer-king/queen fails a saving throw it can choose to succeed instead.

Magic Resistance. The sorcerer-king/queen has advantage on saving throws against spells and other magical effects.

Innate Spellcasting (Psionics). The sorcerer-king/queen’s innate spellcasting ability is Intelligence (spell save DC 21, +13 to hit with spell attacks). It can cast the following spells without requiring components:

Spellcasting. The sorcerer-king is a 20th-level spellcaster. Its spellcasting ability is Charisma (spell save DC 21, +13 to hit with spell attacks). It can cast the following sorcerer spells:

Multiattack. The sorcerer-king can use its Frightful Presence. It then makes three melee weapon attacks.

At-Will Spell. The sorcerer-king uses one of its at-will spells (innate or otherwise).

Teleport (Costs 2 Actions). The sorcerer-king/queen and any equipment it is wearing or carrying teleports to an unoccupied space it can see within 60 feet of it.